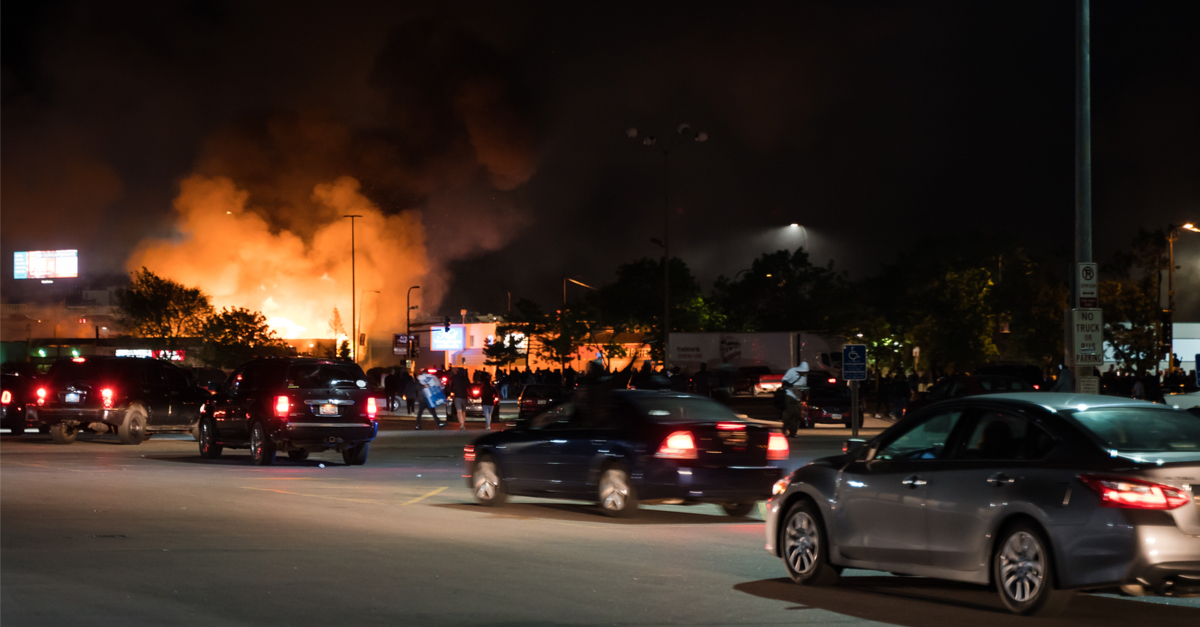 The following article, Minneapolis in Flames Again After Another Police-Involved Shooting, was first published on Flag And Cross.

The City of Minneapolis, Minnesota has been repeatedly ravaged by rioters over the course of the last several years, in response to a number of police-involved shootings that have taken place there.

Protesters seemed to skip the peaceful demonstrations altogether this time around.

Protesters faced off with officers in Minneapolis early Saturday over the shooting death of a man by members of a U.S. Marshals task force.

Photos from the scene following a vigil for Winston Boogie Smith Jr., 32, showed dumpster fires in the street and a line of officers standing guard. It was the second night of protests in response to the fatal shooting Thursday in Minneapolis’ Uptown neighborhood.

This incident was different from other such shootings, however, as the perpetrator is said to have exchanged gunfire with police before his death.

Authorities said Friday that Smith was wanted on a weapons violation and fired a gun before two deputies shot him while he was inside a parked vehicle. Members of the U.S. Marshals Fugitive Task Force were trying to arrest him on a warrant for allegedly being a felon in possession of a gun.

Police have said that nine of the rioters were taken into custody after the events.

Continue reading: Minneapolis in Flames Again After Another Police-Involved Shooting ...