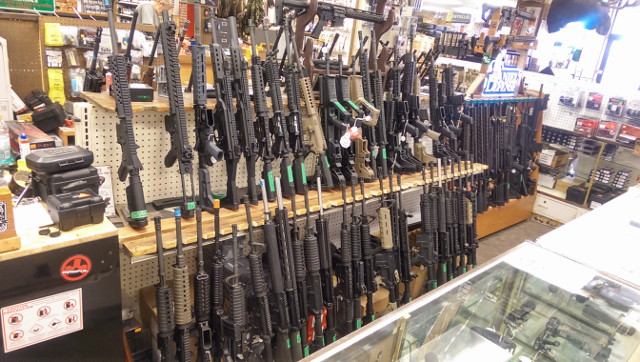 The following article, Nearly 1/4 of New Gun Buyers are First-Time Owners, Half of Them Women, was first published on Flag And Cross.

Gun sales soared last year and much to the left’s displeasure, nearly a quarter of those sales went to first-time owners and half of them were women.

The numbers are sure to upset leftists because they want to keep pushing the lie that only evil white men want to own guns. But the numbers show that millions of guns have gone to blacks, women, and first-time buyers, not evil white men who are stockpiling them.

According to the numbers, sales of firearms soared last year, with over 23 million new guns sold. It was a 60 percent increase over 2019 as nearly nine million Americans became owners of a new gun. Breaking this trend down further, it was estimated that around 20 percent of Americans who bought guns in 2020 were first-time owners, and half were women.

According to The Hill:

Of the first-time buyers recorded in 2020, half were women, a fifth were Black and a fifth were Hispanic, according to The New York Times, which reported on the new data.

Last year’s first-time buyers were less likely than usual to be male and white, the Times noted.

The newspaper did note, however, that first-time buyers accounted for approximately 20 percent of gun sales in 2019, signaling that the pandemic did not kick off the trend.

The numbers of blacks and women who have joined the ranks of American gun owners is infuriating Democrats because support for new gun control laws continues to plummet. As more Americans on a wider basis begin to own guns, the fewer Americans who will be interested in supporting the support of gun banning laws that Democrats have been pushing for the last 50 years.

Continue reading: Nearly 1/4 of New Gun Buyers are First-Time Owners, Half of Them Women ...