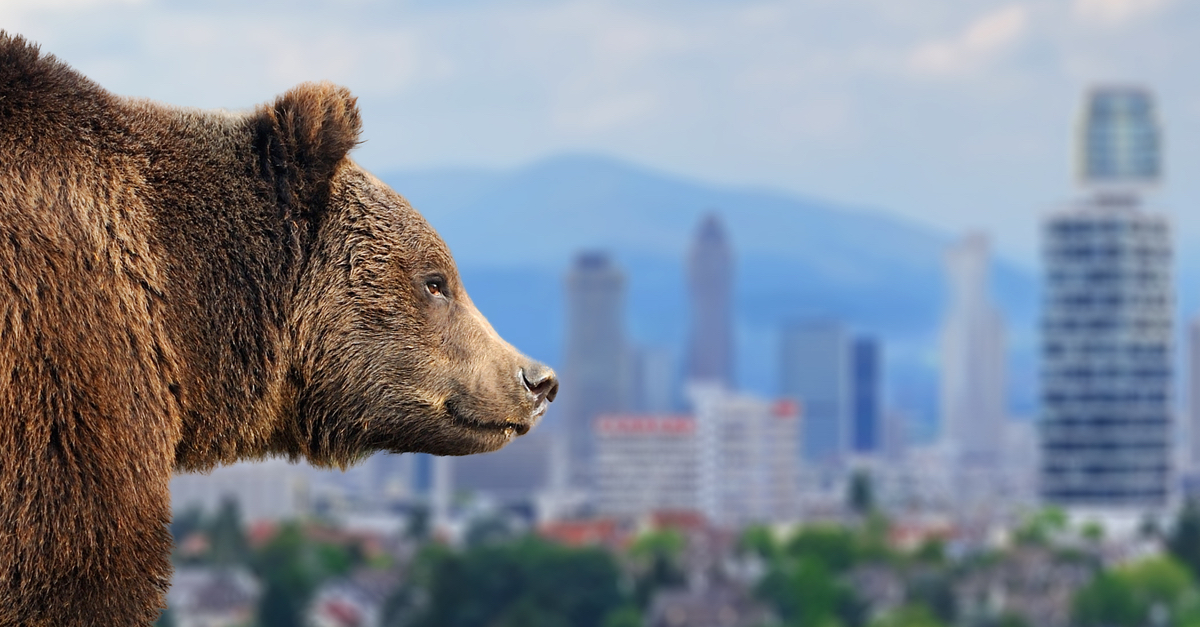 The following article, VIDEO: Teen Girl Shoves Bear Off Balcony After it Attacks Her Dogs, was first published on Flag And Cross.

There is no doubt that a great many of the dog lovers of our great nation would do just about anything for their canine companions.  These are furry family members to us, whose love and devotion we are blessed to enjoy, but cursed to experience it in such short lifespans.

One woman in California exemplified this bond between dog and owner this week, fending off one of nature’s most potent predators to protect her precious pooches.

Hailey Morinico didn’t hesitate when she saw a large bear facing off with her family dogs from the top of a wall in their Southern California backyard.

The 17-year-old ran outside and shoved the bear away, then rounded up the dogs and went back inside her house in suburban Bradbury, east of Los Angeles.

Home surveillance video aired by the ABC 7 television station shows the mother bear perched atop the wall, swatting at a large black dog on the ground. Two bear cubs are seen behind the bear while four smaller dogs bark and dart around the yard.

Morinico sprints toward the bear, uses both hands to push the large bear off the wall and picks up one of the smaller dogs. She and the other dogs then run out of the video frame.

The footage of the incident was simply wild…

A young woman saved her dogs from a bear by pushing it off a ledge with her bare hands. The viral video was posted by the woman's cousin Brenda on TikTok with the caption, ‘My cousin Hailey yeeted a bear off her fence today and saved her dogs. How was your Memorial Day?!’ pic.twitter.com/3mxCk8mJrl

The courageous teen went on to make a stern warning, however, imploring others to avoid bears at all costs, stating that she felt lucky to have escaped the encounter intact.

Bear was trying to protect her cubs…don’t know that it would’ve actually come after the dogs…glad that both the bear was okay and that the dogs were protected, too.