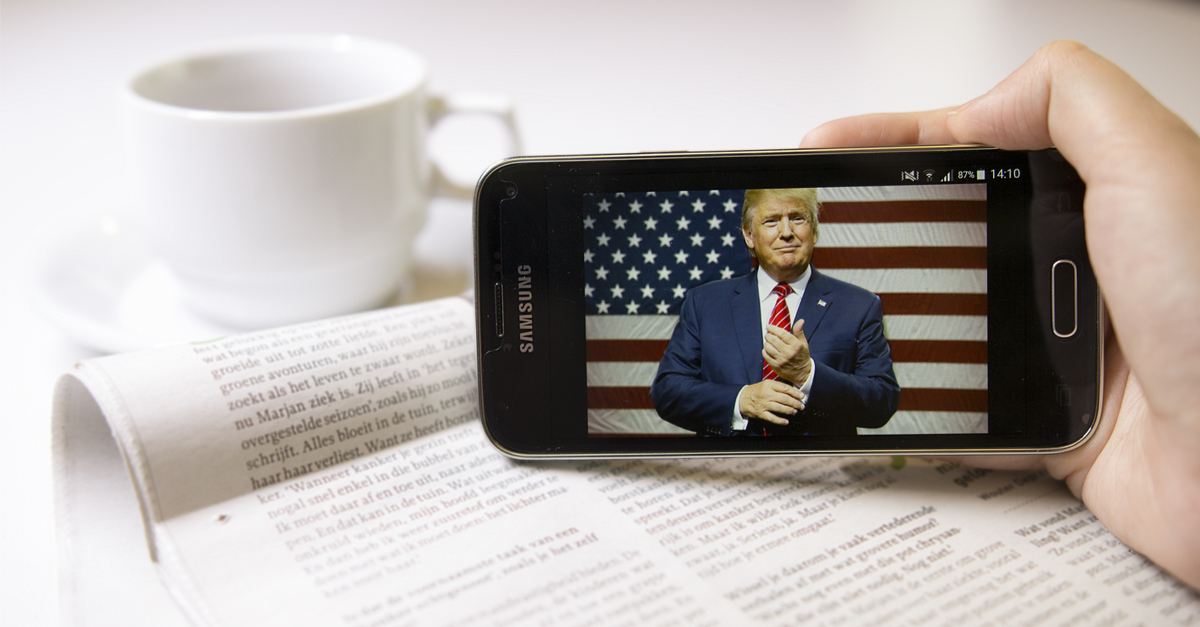 The following article, Trump ‘Desk’ Site Shuttered, But Miller Teases Something Major, was first published on Flag And Cross.

Social media is on a collision course with the First Amendment as of late, particularly as it pertains to American politics, and specifically in regard to Donald Trump’s future in the realm.

Trump was removed from both Twitter and Facebook in the wake of the 2020 election, on account of his continued belief that the integrity and security of that contest was in doubt.  He remains off of those platforms today, which is one of the reasons why his team created From The Desk of Donald J. Trump – a website that would allow the former President to release statements as often as he pleased, in a blog-style format.

Of course, the mainstream media refused to treat these treatises as press releases and largely ignored Trump’s missives.

That site is shutting down now, but as part of an evolution of Trump’s online presence.

Former President Donald Trump’s blog — a webpage where he shared statements after larger social media companies banned him from their platforms — has been permanently shut down, his spokesman said Wednesday.

The page “From the Desk of Donald J. Trump” has been scrubbed from Trump’s website after going live less than a month earlier.

It “will not be returning,” his senior aide Jason Miller told CNBC.

“It was just auxiliary to the broader efforts we have and are working on,” Miller said via email.

But asked online later Wednesday whether the move was a “precursor” to the former president joining “another social media platform,” Miller replied: “Yes, actually, it is. Stay tuned!”

With Trump having all-but admitted that he’ll be running for President again in 2024, there are very real concerns over social media’s bias against him, and whether or not these companies are operating with good faith as it pertains to the First Amendment.