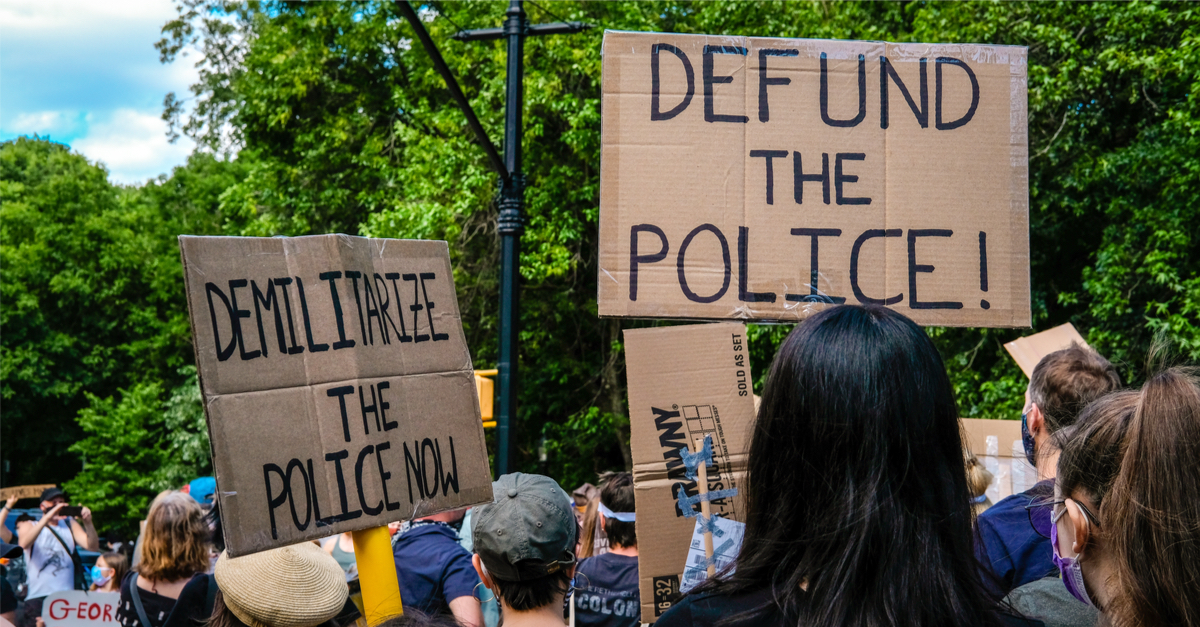 The following article, Mitch McConnell Drops The Hammer on Far Left’s ‘Defunding’ Plan, was first published on Flag And Cross.

Over the course of the last year, Americans have been having a fairly tough conversation about the way law enforcement operates in our country, and how best to move forward as a just and equal nation.

There are bad apples among those who truly do serve and protect, and the widespread use of camera phones and social media have brought a number of incidents to light that otherwise would not have been seen.  For some, this is precisely the sort of tool that was needed to root out those who are unfit to wear the badge.

But some on the far left have taken this too far, and are now demanding that we “defund the police”, either entirely, or radically, at the very least.

Mitch McConnell has a message for them.

Senate Minority Leader Mitch McConnell (R-KY) blasted Democrats on Tuesday during an event in Owensboro, Kentucky, calling their far-left idea of defunding the police “one of the dumbest ideas.”

During the federal anti-drug program gathering, he thanked the law enforcement officers who were present for their hard work. He started by saying, “it’s been a tougher for law enforcement,” which is why he wanted to make it very clear he is “a strong supporter of law enforcement across America.”

“I think the abuse that’s been heaped on law enforcement over the last year is unfortunate,” McConnell explained.

This is why the Minority leader “think[s] defunding the police has got to be one of the dumbest ideas ever surfaced by anyone in our country. And we need what you’re doing.”

McConnell doubled down later, stating that he hopes advocates for defunding the police “sober up” in the coming months.

The dems/liberals had better think this through before they eliminate their ‘police protection’; as when the police are gone it comes down to vigilantism and the vigilantes are likely not to be as nice to them as the police officers?