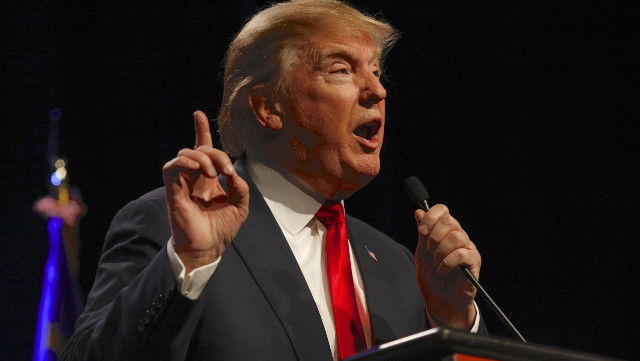 Throughout the 2020 election and its aftermath, there have been a number of wild theories posited into the public space that purport to explain just how Donald Trump would remain in power…or return to it extraordinarily.

The latest of these theories isn’t much at all:  Pro-Trump lawyer Sidney Powell told a crowd at a recent conservative conference that Donald Trump could simply be “reinstated” as President.  The, just yesterday, it was reported that Trump himself has been telling his close acquaintances that he actually expects this to be the case, and by August, no less.

Now, a former member of the former President’s legal team is pumping the brakes on the idea.

Jenna Ellis, an attorney who fought to overturn the 2020 presidential election, was blasted by conservatives over the Memorial Day holiday after she insisted that former President Donald Trump cannot be “reinstated.”

Ellis made the assertion on Twitter after attorney Sidney Powell told a group of people that Trump could “simply be reinstated.”

“The election was lawless, six states allowed their delegates to vote by false certifications, but the EC process happened,” Ellis tweeted. “The Constitution has only one process for removal of a sitting president: impeachment and conviction.”

“No, President Trump is not going to be ‘reinstated,'” she added.

Neither Powell nor Trump had given any indication as to just what legal or political mechanism would be used to reinstate him as the President, but their shared verbiage could indicate some sort of connection or coordination between the two.

If President Trump was put back in the White house this way, the Democrat media, Party, lawyers, supreme court, and communists the world over, would be up in arms over this. They would release their crazies, such as Antifa and BLM, to immediately be in the streets rioting, burning down government buildings, and shooting all Trump supporters. John Roberts would go nuts trying to do everything he could to put President Trump in jail for something because, his Bush backers would burn down the phone lines telling him to do what ever it takes. Based on this, I say that… Read more »

Yeah, afraid it’s all ‘wishful thinking’? The dems/liberals pulled one off against America and Americans and the world are stuck with it.