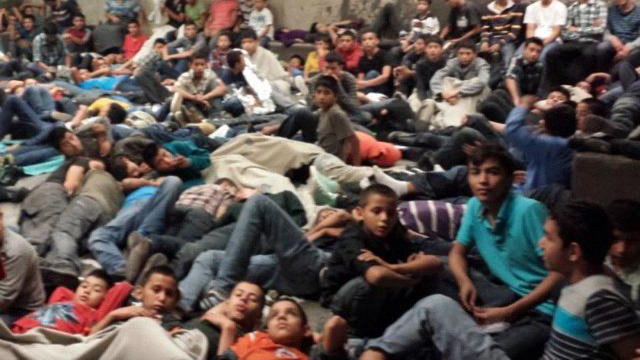 The following article, Undeported: Biden To Fly Illegals BACK Into USA After They Were Already Deported, was first published on Flag And Cross.

The Biden administration is preparing to reverse deport thousands of illegals who have already been sent back to their home countries, all at the expense of the U.S. taxpayers.

According to reports, Biden is preparing to institute plans created by a group named the National Immigrant Justice Center that advocates from criminal illegals to “undeport” tens of thousands deported during the Trump administration.

Per the Associated Press:

The plan asks the government to take into account factors like people who were eligible for legal status and had applied before being deported or those who have compelling circumstances.

The proposal has been shared with White House staff, the group said. It plans to invite Homeland Security Secretary Alejandro Mayorkas to discuss the proposal and include a letter signed by 75 immigrants’ rights organizations supporting the plan.

A White House spokesperson referred questions about the proposal to the Department of Homeland Security, which did not immediately respond.

Not only is Biden allowing just anyone cross the border regardless of their status or personal stories, now he is actually sending operative into foreign countries to scoop up illegals and bring them here on his own volition!

Today, there are roughly 11 to 22 million illegal aliens living in the U.S. and 42 million foreign nationals south of the U.S.-Mexico border who have said they want to migrate to the U.S. This is a foreign population that is nearly five times the population of New York City.

Continue reading: Undeported: Biden To Fly Illegals BACK Into USA After They Were Already Deported ...

Send (via bus, train, truck, whatever) all of the ‘captured’ illegals to Washington, D.C. Then let ‘Basement Biden’ figure out what should be done with them.

Treasonous! Remember also that the money biden is ‘spending’ is our money from taxes. The liberals should be concerned as old senile china-joe is spending potential money that could be used for ‘free stuff for liberals”?