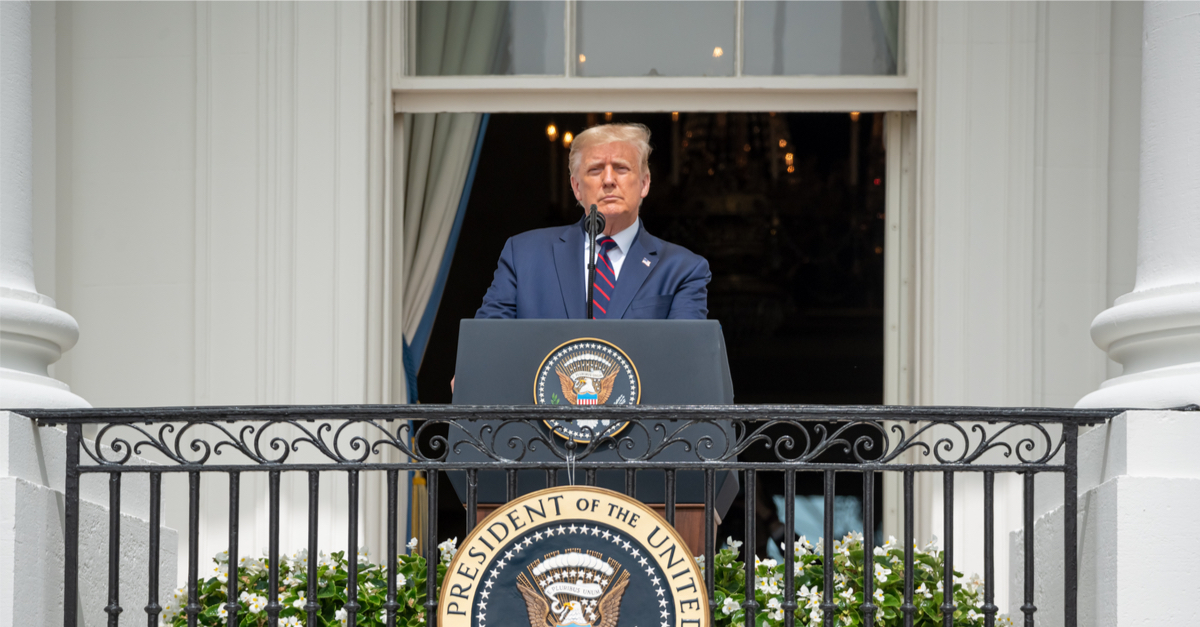 The following article, Trump Tells Acquaintances That He’ll Be ‘Reinstated’ by August, was first published on Flag And Cross.

Earlier this week, pro-Trump lawyers Sidney Powell made an extraordinary statement, admitting that it was her belief that Donald Trump could be simply “reinstated” as the President of The United States.  Powell offered no legal or legislative avenue by which this could be pursued, however, and her history of being a bit of a fringe thinker when it comes to the Trump presidency seems to have preceded her here.

Now, however, there are rumors that Trump himself is beginning to speak of being reinstated…and he even has a timeframe in mind for the unprecedented prediction.

[…] The New York Times’ Maggie Haberman reports Trump himself has been baselessly asserting he will be back in the White House this year.

Haberman tweeted on Tuesday, in response to reporting about Flynn’s comments about a coup in the United States, that Trump “has been telling a number of people he’s in contact with that he expects he will get reinstated by August” — confirming in a subsequent tweet she means reinstated as president.

“No that isn’t how it works,” Haberman added, “but simply sharing the information.”

The idea was simply dumbfounding for liberals on Twitter, who proceeded to take aim at Haberman and The New York Times for even reporting on Trump’s insinuation.

Somebody needs to tell Maggie Haberman that trump is no longer president & she can stop acting like his personal press secretary & stop reporting his every move or things he’s supposedly telling people.

MSM needs to stop giving oxygen to his BS.

Maggie Haberman is one comment away from ending up on Fake News Fox.

This unruly angst tells us something very important about the current political situation in America:  Even mere whispers from Donald Trump’s inner circle are powerful enough to turn the liberal left against The New York Times.  Can we imagine what the next campaign could do?

The liberals are so afraid that Trump will regain the presidency that they will say anything to discredit anything that even breathes of his return to office. Re-instated could only mean that the election was a fraud and that he should have won. But cheating prevailed…..