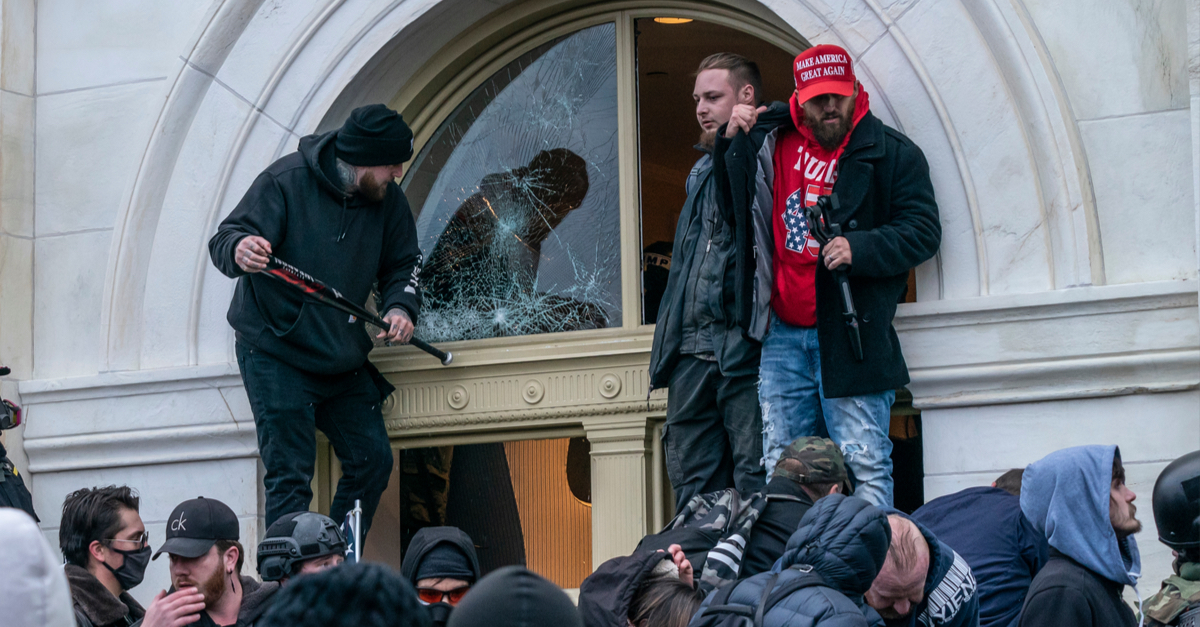 The following article, Russian Diplomat Says Putin Will Stick Up for Capitol Rioters at Biden Summit, was first published on Flag And Cross.

There’s something about sensationalism that allows the truth to be cloaked.  We are caught off-guard when outrageous things are said or heard, and we immediately default to taking everything extremely literally.  Off-putting and off-color statements enact the fight-or-flight response of our very civility.  We’re either pushed onto our heels, or kept on our toes.

With the exception of perhaps North Korea, no nation is more adept at weaponizing sensationalism than Russia, whose Kremlin and KGB are both extremely aware of the way in which they temper the truth with their tawdriness.

Russia’s Foreign Minister Sergey Lavrov has claimed that rioters who took part in the January 6 attack on the Capitol are being “persecuted” by the US government.

Lavrov made the remarks at a press conference Monday in Moscow, in which he was discussing the planned summit between US President Joe Biden and Russia’s President Vladimir Putin later this month in Geneva.

“We are ready to talk, we have no taboo topics. We will discuss whatever we think is necessary. We will be ready to answer the questions that the American side will raise. This also applies to human rights,” said Lavrov.

“For example, we are following with interest the persecution of those persons who are accused of the riots on January 6 this year” in Washington DC.

And here comes a lesson in Russian propaganda for everyone:

Lavrov and Putin do not truly believe that the prosecution of the Capitol riot suspects is persecution – not in the least.  These two are playing a game one level up from there.

This statement is meant not as an endorsement of insurrection, (although some will surely take it as such), this narrative is meant to foment hatred between the two ends of the American political spectrum.

Within minutes of Lavrov’s statement going public, Twitter was ablaze.  Leftists accused the GOP of being in the Kremlin’s pocket, and folks on the far-right began to to believe in the idea that these rioters were persecuted.

We know absolutely that Lavrov’s words carry no weight, and we needn’t look much further than Russia’s treatment of their own protesting crowds – thousands of whom have been arrested for far less than storming a government building.

In America, we can have our political differences and we can speak freely about them, but falling for Russian propaganda that is meant to turn us against one another is where a true patriot draws the line.

We can only stand united if we do not fall for Lavrov’s lies.