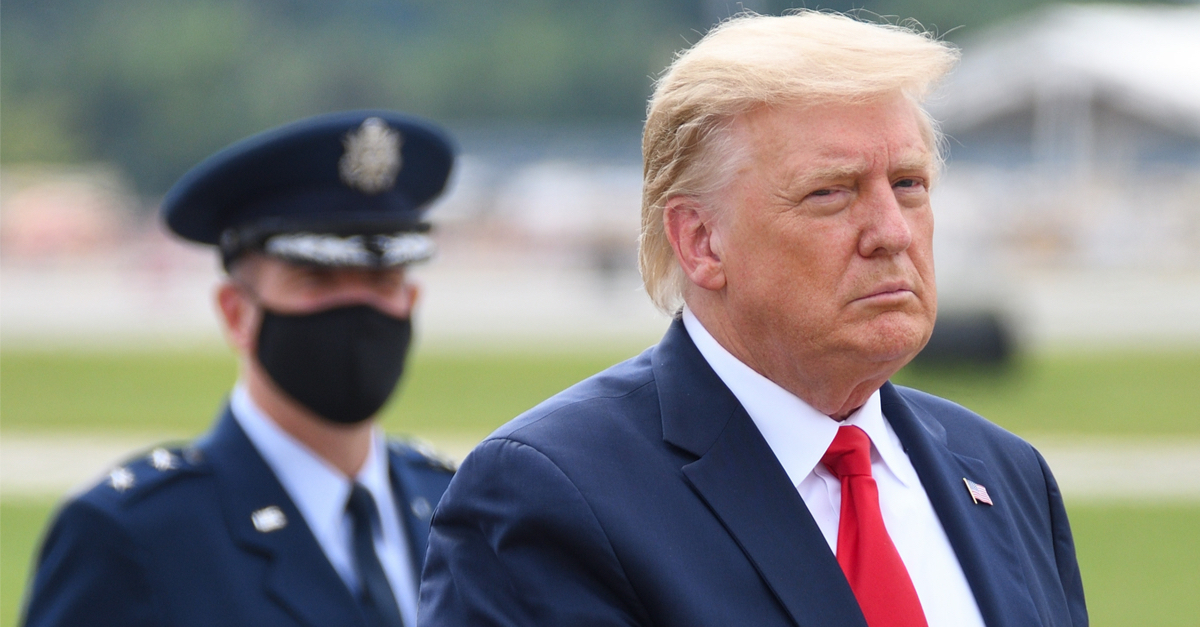 The following article, Trump Dumps on Georgia County as Ballot Examination is Postponed, was first published on Flag And Cross.

Donald Trump is still very much of the belief that the 2020 election was stolen from him, and has been since even before the contest itself began.

In the weeks leading up to November 3rd, 2020, then-President Donald Trump continually and consistently suggested that something fishy was afoot.  He believed that Democratic lawmakers the nation over were conspiring to rig the contest in favor of their own candidates, either via the manipulation of electronic voting machines, or through the illegal expansion of ballot access.

His legal team has yet to find a judge willing to examine their evidence, however, and individuals who’ve spoken ill of Dominion Voting Systems have been on the receiving end of defamation lawsuits seeking over $1 billion each in damages.

The only investigation into these purported wrongdoings that exists is an ongoing audit being conducted by a third-party business in Maricopa County, Arizona.  Trump and his supporters would like to see similar probes begin in places like Georgia, but those possibilities have been stifled thus far.

The Don is not pleased about that.

Former President Donald Trump weighed in on Georgia’s proposed review of absentee ballots, which stalled this week when a judge canceled a meeting to discuss plans of a review in Fulton County.

Roughly one week after Henry County Chief Judge Brian Amero agreed to unseal 147,000 mail ballots from Fulton County following a voter lawsuit, the board of elections and the county court clerk in Fulton County filed motions asking the judge to dismiss the lawsuit.

Amero wrote in the email that he hopes to hold a hearing on the motions June 21 and plans to issue an order next week setting the hearing date.

Trump raged at the dismissal request.

“Why are the Radical Left Democrats in Georgia fighting so hard that there not be a Forensic Audit of 150,000 absentee ballots in Fulton County? There can be only one reason, and that is because they know the vote was corrupt and the audit will show it. Republicans must fight hard and win!”

Georgia’s electoral votes went to a Democrat in 2020, which is the first time since the mid-90’s that the Peach State turned blue.

The US state of Georgia appears to be one of the most corrupt states in the nation. THAT speaks volumes about what path our country has taken. Those who vote these crooks into office and keep re-electing them are not victims, they are accessories !