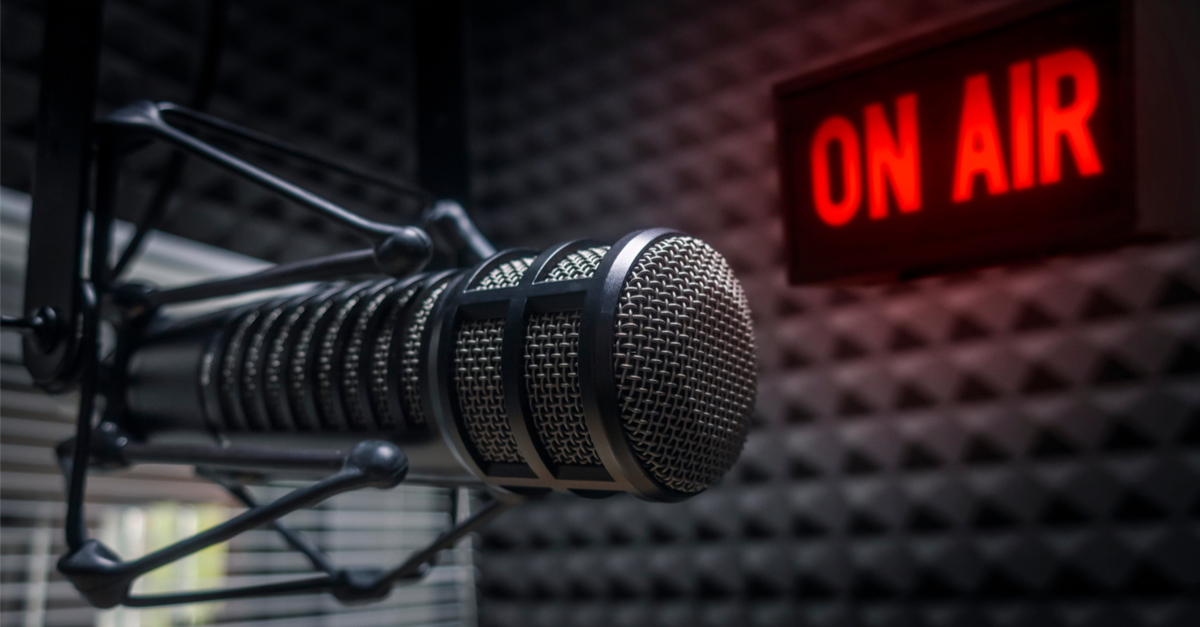 The following article, New Radio Show Gets over 1 Million Listeners, was first published on Flag And Cross.

My partner, Darrell Neely, and I started a new radio/TV show called Black and White three weeks ago with very little money and no promotion. In the first three weeks, we had over 1,000,000 listeners. At the end of May, we will get the numbers for the first four weeks, and those of you in the advertising business can check how many unique visitors and unique nations we broadcast to.

Our friends in the broadcasting industry tell us these are incredible numbers. We’ve been asked how we account for this many listeners. The first answer is pretty standard. The success of any radio, television or Internet show today is about content. When we decided to do the show, we had to develop our own message that we hoped would attract listeners and here is the rational for our message. We understand that America is a divided country with half of the country trying to control the conversation of the other half through insults, demeaning the people, questioning their intelligence, their integrity and their bigotry.  They imply that you if don’t agree with them then you should have no voice. What we are trying to do with Blacks and Whites is to get America talking together in an open, honest, and most of all respectful way. Millions of American voices are not being heard, and when they are shut out of the conversation, they withdraw from the discord in the country.

One only has to look at the riots last summer in many American cities where minority businesses were destroyed, people were killed, police were attacked, and in some cases, killed. People who were the most adversely affected by these riots had no voice. The mainstream media focused on Black Lives Matter and Antifa. Anybody who challenged what was being said on the air were called racists, bigots, or other demeaning terms, in an effort to shut them down.

The reality was that a minority of people shut down the free speech rights of the majority of people. The rights under the first and second amendments to the Constitution are under constant attack by the left. When we started talking about the issues leaving out hate speech and racism, people found our approach refreshing and encouraging that somebody wanted to change what was going on in our country.

For the first two weeks, the show was live, and then in week three, we added a new program element by interviewing somebody intimately involved in the issues.  That program dealt with the persecution of Asian Americans around the world. The reaction of bringing people and their perspectives on particular issues is something that we will continue to do. We want to address the issues of the day, allowing Americans to hear the other side of the story respectfully and, in turn, start solving our problems.

A question has come to the forefront by some people listening to the show. Are you going to allow liberals to express their points of view on your show? The answer is yes; however, there will be rules for all guests. The first rule is, no racial slurs or personal attacks will be tolerated. We are not limiting freedom of speech. We are eliminating the words that can be used to disrupt and distract the conversation. If we do not enforce the rules, the whole dialogue would go in a different direction. If a liberal guest agrees to the conditions and subsequently goes on air and violates appearance rules, he or she will be shut down. We will not be a platform for the left to continue to take away our first amendment rights.

After the first show, our email server was hacked. It had a broad red banner warning people not to go forward to the website. What we were doing were lies and untruths. We are not new to radio and TV and expect as the audience grows, more people on the left will attack us to try and shut us down. We assure you we will do everything we can to protect your freedom of speech and other rights in the Constitution from destruction by the progressive left.

If you’re interested in what we’re saying, and what people like are thinking then you must go to WWW. blacksandwhites.us and listen to previous shows. You can leave messages, and you can join our chatroom and tell us what you think. You can ask questions, and we’ll do our best to answer them for you. There is a new show every Wednesday at 12:30 eastern time.

We stand firm in our commitment to you, our listeners, not only those that are listening today but those who will be joining us in the future. We’ll have a voice for what you believe.

Dan Perkins is a published author of 4 novels on nuclear and biological terrorism against the United States and is a current events commentator for over 30+ news blogs on a rotating basis. He recently has had commentaries posted on Medium, Conservative Truth, and Newsmax among others. He appears on radio and TV regularly many times a month. Dan’s newest show is called “America’s Cannabis Conversation,” on the W420radionetwork.com. His latest entrance in communications is his first Podcast called “What’s on My Mind?” This can be heard on SoundCloud; just look for the name of the show or Dan Perkins.  His newest show Black and White airs on Wednesdays at 12:30 and you can hear it on www.blacksandwhites.us.More information on Perkins can be found on his web site: danperkins.guru