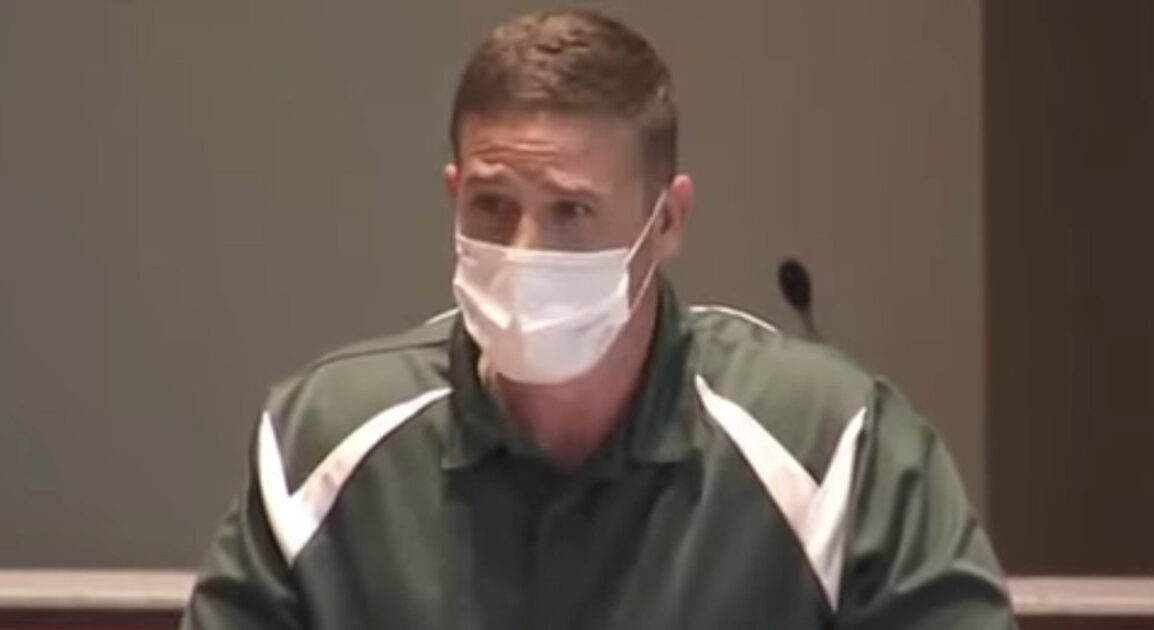 The following article, Virginia Teacher Who Said There are Only Two Sexes Suspended, was first published on Flag And Cross.

A Virginia teacher who said that there are only two sexes and one can’t become the other has been suspended from his job by his school district.

Grade school gym teacher Tanner Cross recently spoke to the Loudoun County School Board in Virginia and told the board members that he would not lie about gender to his students.

“It’s not my intention to hurt anyone, but there are certain truths that we must face,” Cross told the board.

According to the school’s written policy: “LCPS staff shall allow gender-expansive or transgender students to use their chosen name and gender pronouns that reflect their gender identity without any substantiating evidence, regardless of the name and gender recorded in the student’s permanent educational record.”

The teacher was calm and respectful during his delivery. But he did not mince words.

Two days after his address, Cross was suspended. He does not think it is a coincidence.

“I’m contacting you to let you know that one of our physical education teachers, Tanner Cross, is on leave beginning this morning. In his absence, his duties will be covered by substitute staff already working in our building,” Principal Shawn Lacey wrote in the email.

Needless to say, the radical sex agenda being forced down the throats of parents has not gone over very well.

“The issues we are facing here in Loudoun County as a result of the CRT and LGBTQ agenda, should be a wakeup call to Christians everywhere that our religious liberties are on the line and unless you are willing to suspend your moral convictions to serve their political agenda, there is no space for you in any organization,” parent Michael Miller told me. “

Leftism is a danger to this nation.

Continue reading: Virginia Teacher Who Said There are Only Two Sexes Suspended ...

Truth hurts the dem/liberal movement in America. A shame that the teachers that are not under the control of the dems and the corrupt unions are so easily shut down.