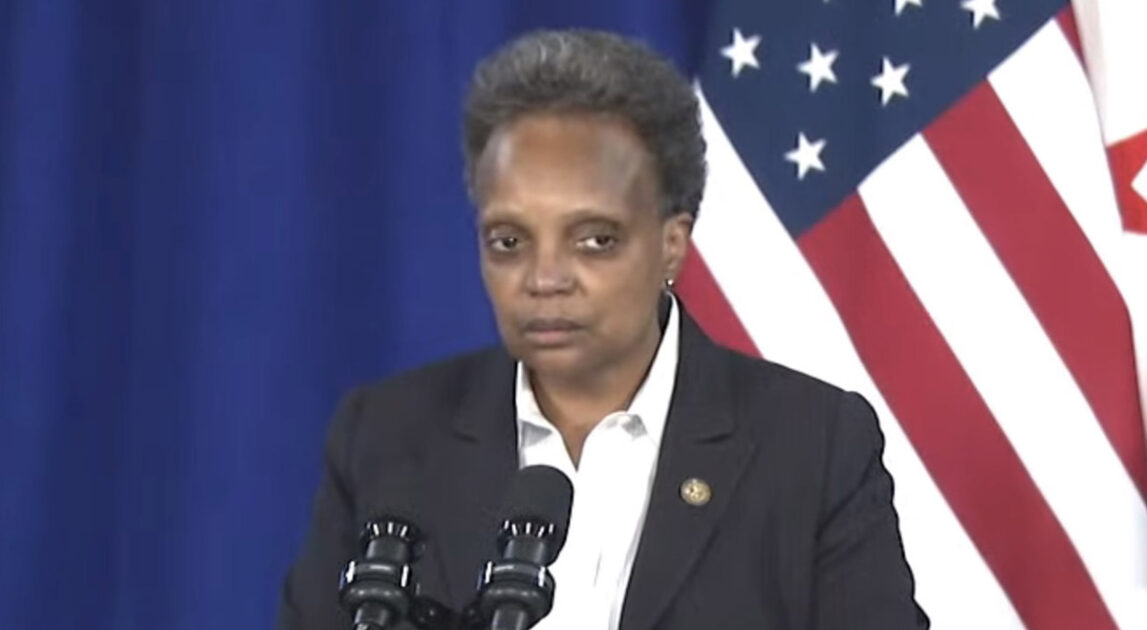 When an elected government tramples the citizens’ rights, the courts have the power to reign them in. Chicago Mayor Lori Lightfoot is about to learn that the hard way—a lawsuit filed by Judicial Watch for the Daily Caller and one of its reporters Thomas Catenacci whose request for an interview was ignored because of the color of his skin. Mayor Lori Lightfoot sued

To celebrate reaching the halfway point in her term as mayor, Lori Lightfoot’s office informed multiple reporters that she would grant one-on-one interviews but “only to Black or Brown journalists.”

As ⁦@chicagosmayor⁩ reaches her two year midway point as mayor, her spokeswoman says Lightfoot is granting 1 on 1 interviews – only to Black or Brown journalists pic.twitter.com/PAUsacD9Gj

Per the Judicial Watch announcement:

In response, we filed a lawsuit on behalf of the Daily Caller News Foundation and Catenacci against the mayor for violating their First Amendment Rights and Catenacci’s right to equal protection under the Fourteenth Amendment (Catenacci et al. v Lightfoot (No. 1:21-cv-02852)).

Our suit alleges that Mayor Lightfoot purposefully discriminated against Catenacci, “because of his race by stating that she would only grant interview requests from ‘journalists of color’….”

“Preventing journalists from doing our jobs in such a blatantly discriminatory way is wrong and does a disservice to our readers who come from all backgrounds,” said Daily Caller reporter Thomas Catenacci. “Every journalist and every person who consumes the news should be concerned by Mayor Lightfoot’s actions. This affects everyone. I look forward to holding the mayor accountable.”

Certain activists on the left — all the way up to the White House, by the look of it — think they have unchecked power to push any agenda they want because the people who could tell them ‘no’ are aligned with them.

They hold the balance of political power. They hold the media and Silicon Valley in their pockets. Academia backs them up with Critical Race Theory. Armies of street activists (some of whom are recruited on Craigslist and paid by the hour) are called on to whip up excitement for the cause.

Should it really surprise us when someone like Chicago’s Mayor, Lori Lightfoot, declares that she’s making a racial requirement for anyone seeking an interview with her? In the lingo of her party’s culture, this is the logical next step, a sort of ‘virtuous racism’ intended to counter the false claims of institutional racism they have been declaring America guilty of.

Unfortunately for Lori Lightfoot, there are laws against that sort of discrimination. Yes, even when that discrimination targets a white guy.

Judicial Watch head Tom Fitton and Reporter Thomas Catenacci appeared on Fox to discuss the case. Here’s the video of their appearance:

Parts of this Post were first seen at Clash Daily.