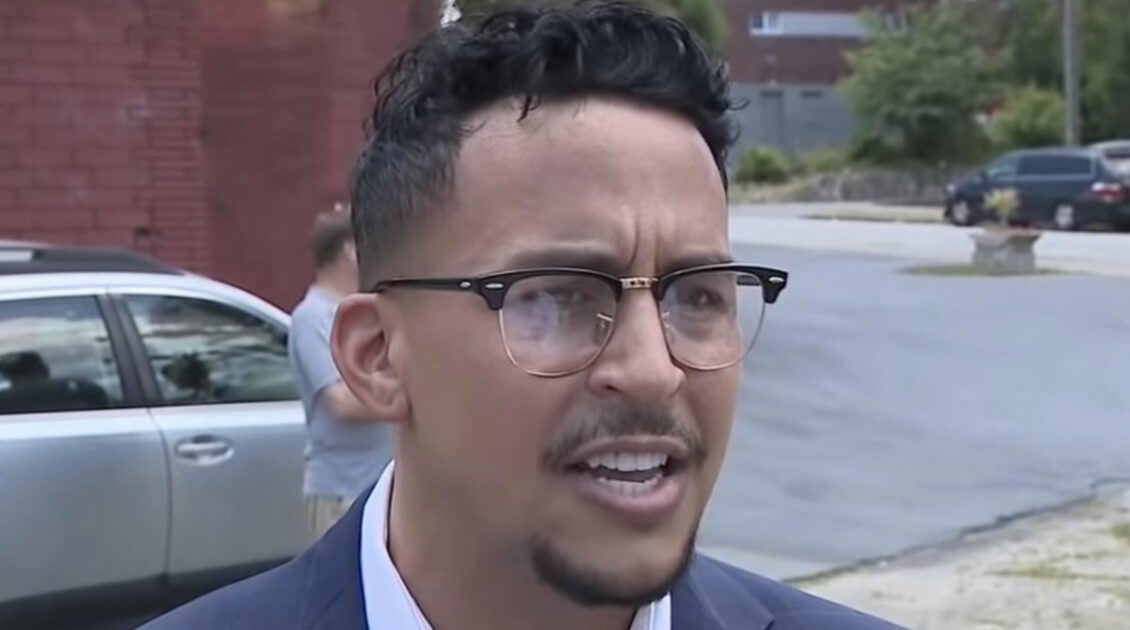 The following article, BLM/Anti-Police Activist Running for Atlanta Mayor Shocked When His Mercedes is Stolen Right in Front of Him, was first published on Flag And Cross.

A Black Lives Matter supporter and anti-police activist who is running for mayor of Atlanta was shocked when his Mercedes was stolen right in front of him as he spoke to friends on the street.

Liberal city council member Antonio Brown had pulled over to talk to someone but as he stood there talking, a group of teens jumped into his car and drove off.

Brown later insisted that the crooks were stuck in “generational poverty” and then whined that the kids should have been in school.

Even though Brown is running for mayor, he is under indictment on charges of wire fraud, mail fraud, bank fraud involving the purchase of the Mercedes C300, as well as a Range Rover.

Brown told Fox5 that four boys, ages 7 to 11-years-old, drove off in his car even as he was standing outside of it, talking to community activist Ben Norman.

“We tried to go there and maybe try to get the kid out of the car. So, I’m like, what do you do to a kid, right?” Norman told the media. “He had already starting figuring out…I mean they had plans, they knew what they were going to do. He hit the gas and he pulled out, peeled out, and took off.”

“As he started to speed up, and I knew that if I had not let go, I knew I probably could have killed myself because he was going so fast, I would have started to tumble,” he said. “And I would have hurt him.”

The car was found abandoned later and no arrests were made.

“The reality is, it’s extremely unfortunate because, why aren’t they in school? I mean, these are little kids that I would never had thought in a million years would be attempting to steal my vehicle,” Brown exclaimed. “They live in this generational poverty right now.”

“These are kids that are coming from nothing and they see an opportunity of a Mercedes sitting in front of them,” he said.

. #BreakingNews Atlanta City Councilman @AntonioforATL says 4 kids, around 7-11years old, jumped into his car while he was standing outside it & took off. He says he was meeting an investor to talk about developing affordable housing. Police looking for vehicle. His reaction: pic.twitter.com/6OXonkBVqS

Continue reading: BLM/Anti-Police Activist Running for Atlanta Mayor Shocked When His Mercedes is Stolen Right in Front of Him ...