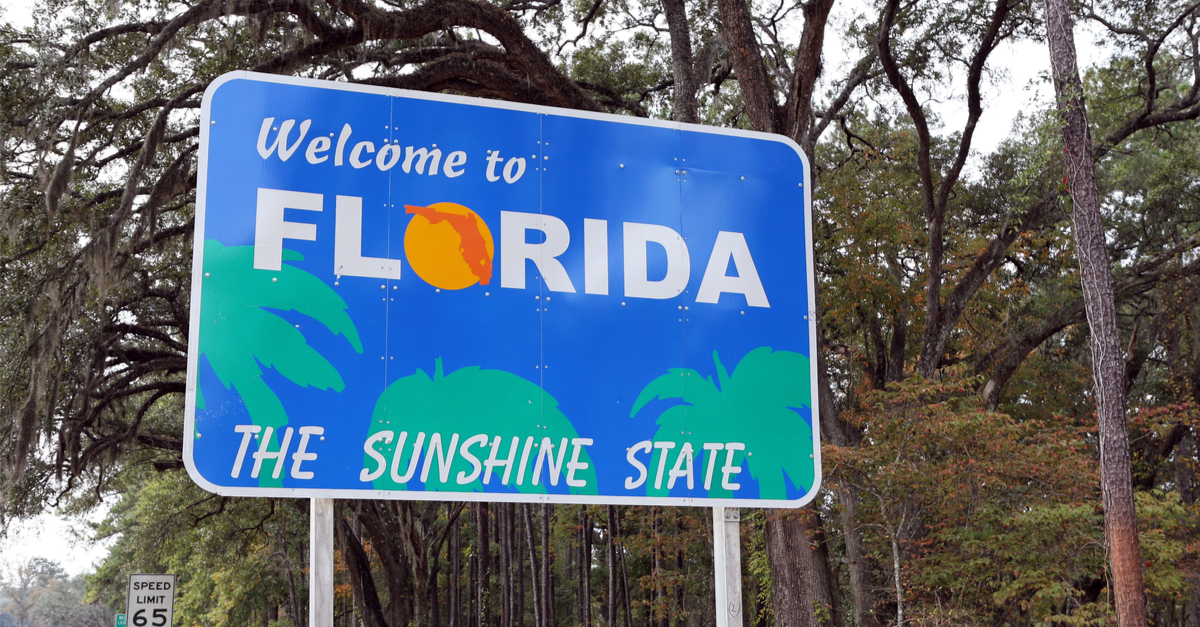 For decades upon decades, Florida has been in the electoral hot seat here in the United States, as one of the few locales that is truly and consistently up for grabs during presidential contests.

The reason is an easily conceivable one:  The state’s southern backbone is offset by its predictable snowboard influxes, causing the political whim of Florida to move with even so much as a stiff breeze.

Well, at least that used to be the case.  Governor Ron DeSantis is touting new data that appears to suggest that Florida is going red for good.

“So it’s interesting with Florida, like, the media at the beginning of this said, ‘Florida is bad,’ and I think it’s because they wanted to damage Trump in Florida, wanted to damage me, so they just kept saying it was bad, even though the facts didn’t say it,” he said during a town hall event on Fox News Channel’s Hannity:

“Like, literally last April, they’re saying Florida’s doing worse than New York. New York was like, ten times worse. And so I think what it did is, the people that buy those phony narratives for these media, they probably aren’t coming to Florida. But most people see through it, but the people that see through it, they think like us. And so I think a lot of these people are coming. I think they’re registering as Republicans overwhelming. And I also have come across a lot of people who quite frankly were Democrats.”

“The lockdowns turned them into Republicans because they say ‘I cannot fathom,’ people say, ‘I was a Democrat because of education, and I’m in California and they’re locking my kids out of school. I come to Florida, they’re in school, people are free, people are happy.’ So I think this whole process has caused some people to reevaluate some of their prior commitments. And if you have a political party that puts the interests of teachers unions over the interests of kids being able to just access an education at all, that tells you all you need to know about the modern Democrat party. “

But are they going to vote red in the national elections or is this a trick to get more RINOs in office?

While that would be great, I do not expect that to happen. I am a conservative and will never, ever, vote for a Democrat because their heads are screwed on wrong. Remember, as Michael Savage’s book title said, “Liberalism Is a Mental Disorder.” Michael Savage graduated from Berkeley, so people do change their political views; just not me. One of my children was raised as a die hard conservative Republican, but his liberal education at FSU changed him to a liberal Democrat. That is sad because he has influenced his wife and two children to be liberal Democrats also. My… Read more »