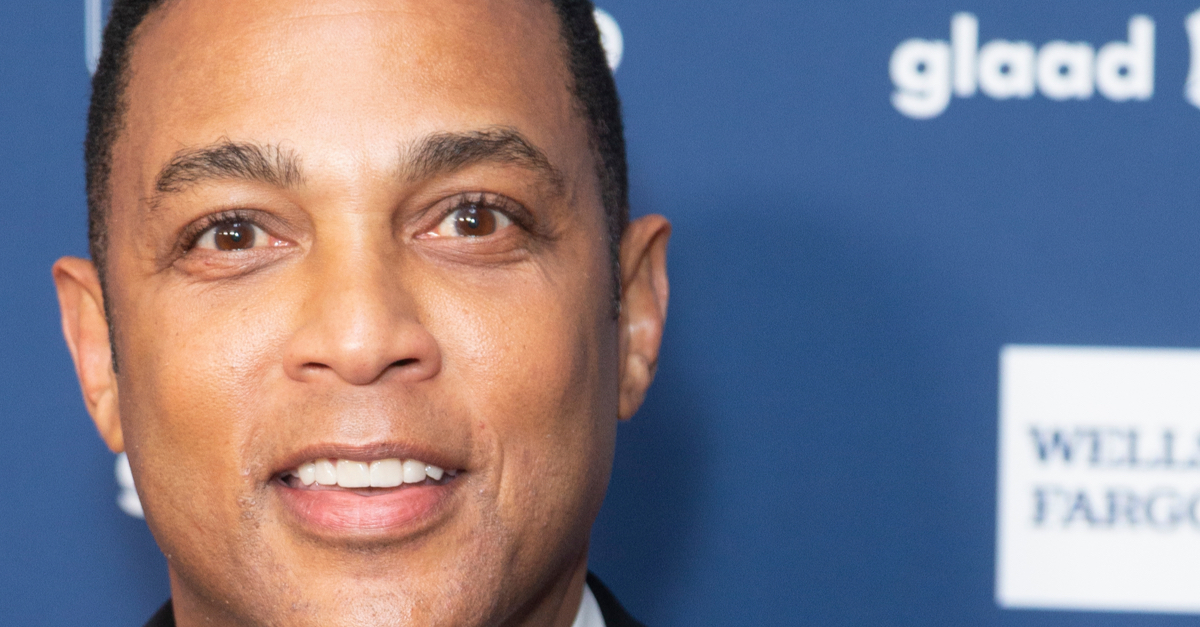 It has long been understood that pundits within the mainstream media have but one job:  To keep viewers engaged long enough to catch a few car insurance commercials, which, in turn, pays their exorbitant salaries.

And there are few ways in which this can be done:  Anchors could simply provide compelling coverage of the news, a la actual journalism, for starters.  This would be the golden standard, of course, but it comes at the expense of having to actually put the work in.

Instead, most within the infotainment industry rely on sensationalism to keep eyeballs on their product.  They want us to be emotionally invested in their programs, and so they poke and prod us into paying attention.

Often times, pundits will use our own anger to keep us invested – which is likely an enormous part of the problem with America’s political animosity today.

CNN’s Don Lemon is no stranger to this tactic, and took an ugly shot at the Republican Party this week, in what could be described as an attempt to manufacture outrage in pursuit of ratings.

Referencing Marjorie Taylor Greene’s comments comparing mask mandates to the Holocaust, Lemon continued, “It took leaders of her party five whole days to speak out about the lunacy of one freshman congresswoman. The top three House Republicans putting out statements today. They have been in front of cameras. They could have said something. Talk is cheap. This is the party that threw Liz Cheney under the bus for telling the truth. It took them five days to condemn Marjorie Taylor Greene’s antisemitism.”

Then came the meticulously crafted soundbites, meant to incense and enrage parts of his audience.

Lemon added, “Sources telling CNN that GOP donors and House members urged McCarthy to urge him to say something, but he’s unlikely to kick her out of the conference. One source saying ‘Donald Trump likes her, and Kevin doesn’t want to upset Trump.’ There you have it. That’s what Republicans are signing up for, allegiance to —you know how this part goes, say it with me, a disgraced, twice-impeached, one-term former president who could face potential criminal charges over his family business. That’s where we are tonight after a year of turmoil, a year of hate and division, a year of COVID, a year of reckoning with race in the wake of the murder of George Floyd. That’s where we are tonight, still, with the craziness, the insanity on the right. One party, that’s who the Republican Party is. That’s what the Republican Party is right now. That’s who you are right now. Own it. The party of insensitive statements about the Holocaust and Jewish people. The party of antisemitism.”

Lemon’s assertion, that the GOP is inherently antisemitic, will likely draw a great rebuke from the Republican Party, who will simply need to license a few clips from Democratic lawmakers such as Omar Ilhan in order to refute the claim.

Earlier in the week, Lemon stated that the GOP was “obsolete”.