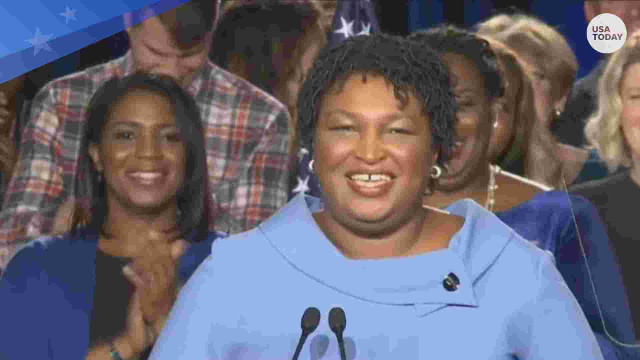 The following article, THE IRONY: Stacey Abrams Laments 2020 Election Audits as Perpetual Insurrection, was first published on Flag And Cross.

When it comes to the recipe for making an American politician, there are a few ingredients that, for better or worse, cannot be omitted.  Hypocrisy is one of those ingredients.

The latest brazen and imbecilic wordplay this week comes to us from Stacey Abrams of Georgia, who believes that the ongoing election audit in Arizona, (and a similar action possibly slated for her home state), are just continuations of the January 6th insurrection at the US Capitol.

From an appearance on MSNBC this week:

Co-host Mika Brzezinski asked Abrams, “What do you make of these so-called audits still happening and recounts in Arizona and Georgia?”

“These are schemes designed to perpetuate not only the big lie, but more concerning to me, it is to perpetuate the insurrection,” Abrams replied. “We have to remember that what caused that behavior on January 6 was an attempt to rewrite history and to sublimate the notion that all voters should have the right to be heard, that the election administration that occurred was done correctly, and that the outcome of the election was correct.”

“[I]nstead of seeing us move on as a nation, what we are watching instead is this concerted attack on our right to vote by Heritage Action, by the Republican National Committee and, unfortunately, by elected Republican officials who know better but refuse to do better,” she added.

Of course, it should be noted that Abrams was infamous for refusing to concede to eventual Georgia Governor Brian Kemp after her own electoral loss, suggesting in no uncertain terms that Kemp’s role as the then-Secretary of State allowed of him to rig the election in his favor by disenfranchising voters.

Funny, the King said the same thing when His Colonies rose up and Patriots revolted against His unfair Rule!

If I was from Georgia, would be so embarrassed to have to read & view that photo of abrams and see it identified as from my state…..