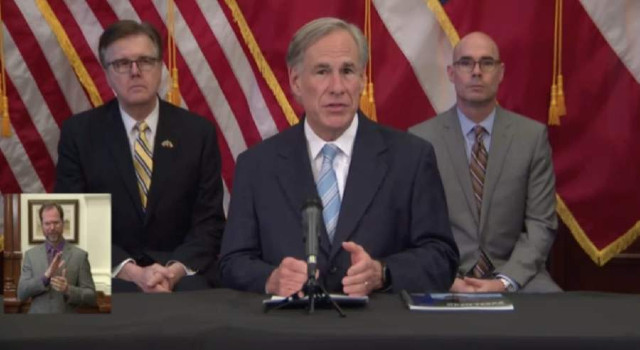 The following article, Texas Governor Lays Down The Law; Will Defund Cities Who Defund Police, was first published on Flag And Cross.

Across the nation, there are conversations occurring that would have been inconceivable just a few years ago, as locales from coast to coast consider ways in which they could radically restructure how policing works in America.

Among the possibilities, the liberal left seems to be hellbent on the idea of “defunding” the police – essentially handcuffing officers to less effective equipment, and providing less in the way of legal protection for those acting in the line of duty.

Texas Governor Greg Abbott is not amused by this sort of talk, and he won’t sit idly by and allow this to happen in the Lone Star State.

After signing a law that would prohibit cities within Texas to defund the police, Republican Gov. Greg Abbott told “The Faulkner Focus” on Tuesday that Austin should face consequences for its move to cripple local law enforcement. The governor retweeted a post from Kenneth Casaday, the president of the Austin Police Association, over the weekend that was critical of the response time for a shooting call early Sunday.

GREG ABBOTT: Well, the reason it’s stronger is because, as you pointed out, I’m about to sign a law that will ensure that cities in the state of Texas will not be able to defund the police. First, the context: and that is that you pointed out, what’s going on in Minneapolis, where it is both a tragedy and a disaster. What’s going on for the residents of Minneapolis because of the defunded police and you’ve seen the same thing in Portland and Seattle and Chicago and New York, et cetera.

Unfortunately, we had the same thing happen here in the state of Texas where the city of Austin defunded police … and because Austin defunded the police, we wanted to do two things in this session.

Abbott has been fiercely defensive when it comes to Texas police officers, and that doesn’t appear to be changing any time soon.

Gov. Abbott is the kind of Governor that every State should have! It’s too bad that some States have Governors who really don’t give a damn about their State, only Themselves! “Defund” the Police??? They have gone stark raving mad!!! WHO, pray tell, will they call when they are being threatened, robbed or any other criminal threat???

Yes, if only all the states had governors as does Texas & Florida, the country would not be going down as the direction going now.