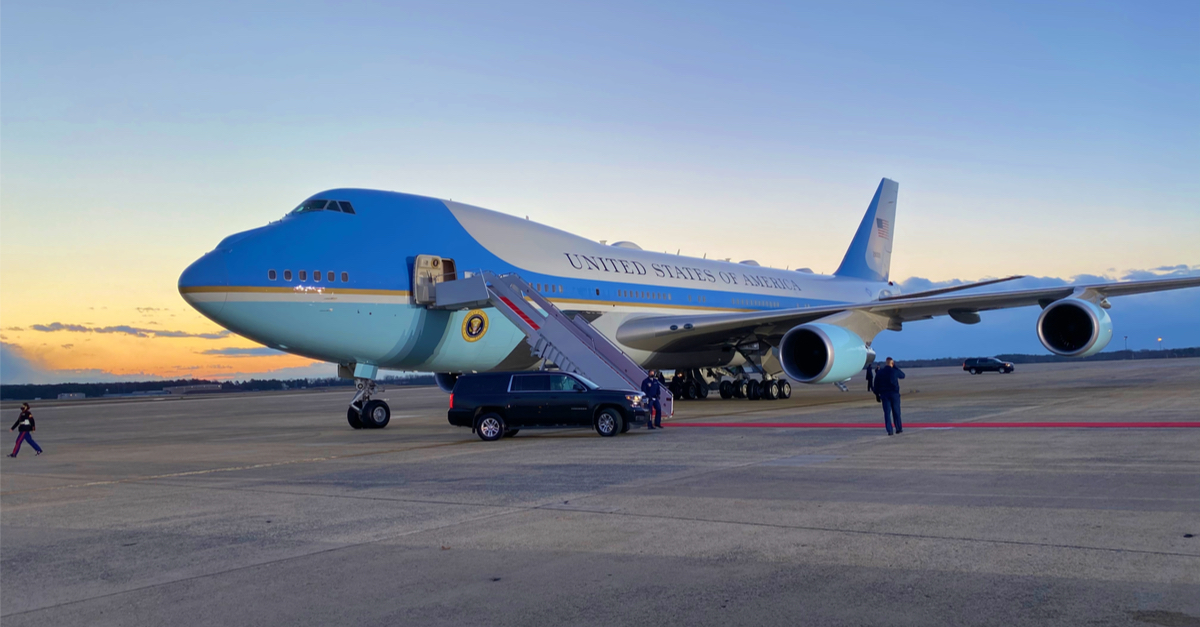 The following article, Hunter Biden’s Flights Through Joint Base Andrews Raise Eyebrows, was first published on Flag And Cross.

Throughout the 2020 election, then-President Donald Trump and a number of his surrogates in the media, attempted to raise alarms regarding Joe Biden’s potentially corrupt connections to the international community, more often than not invoking the business dealings of son Hunter Biden.

Hunter’s checkered past was an easy target for Republicans, given that the Biden family has been open in regard to his past drug addiction and his history of troubling behavior.  And, of course, there’s the issue of nepotism that was most succinctly demonstrated as hunter’s position on the board at a Ukrainian natural gas company came into focus.

That lucrative gig, that Hunter took with zero experience in the field of natural gas, was seen by many as the most cogent example of the Biden family’s unethical dealings.

Now, however, even more evidence of such tomfoolery is being uncovered.

Breitbart News reported on Sunday, “According to Secret Service travel records obtained by Judicial Watch, then-Vice President Joe Biden’s son Hunter took 411 trips across 29 countries between 2009 and the middle of 2014. That includes 23 flights into or out of Joint Base Andrews—home to Air Force One and Air Force Two.”

The revelations have stunned many political observers.

Marlow asked, “I broke a story over the weekend that Hunter Biden had flown out of Joint Base Andrews 23 times while Joe Biden was vice president. He’d taken 411 trips, according to Secret Service travel records, including to 29 foreign countries. How do you fly out of Joint Base Andrews? Can I do that, or do I have to know someone if I want to fly?”

She continued, “That is very concerning, Alex, and thank you for bringing that to light, and this is why I do think we need to look into the activities that have gone on with Hunter Biden.”

More recently, emails gleaned from a laptop formerly owned by Hunter Biden seem to indicate that a former FBI chief was funneling cash into the Biden family with the intent of hoping for “future work” with the now-President.