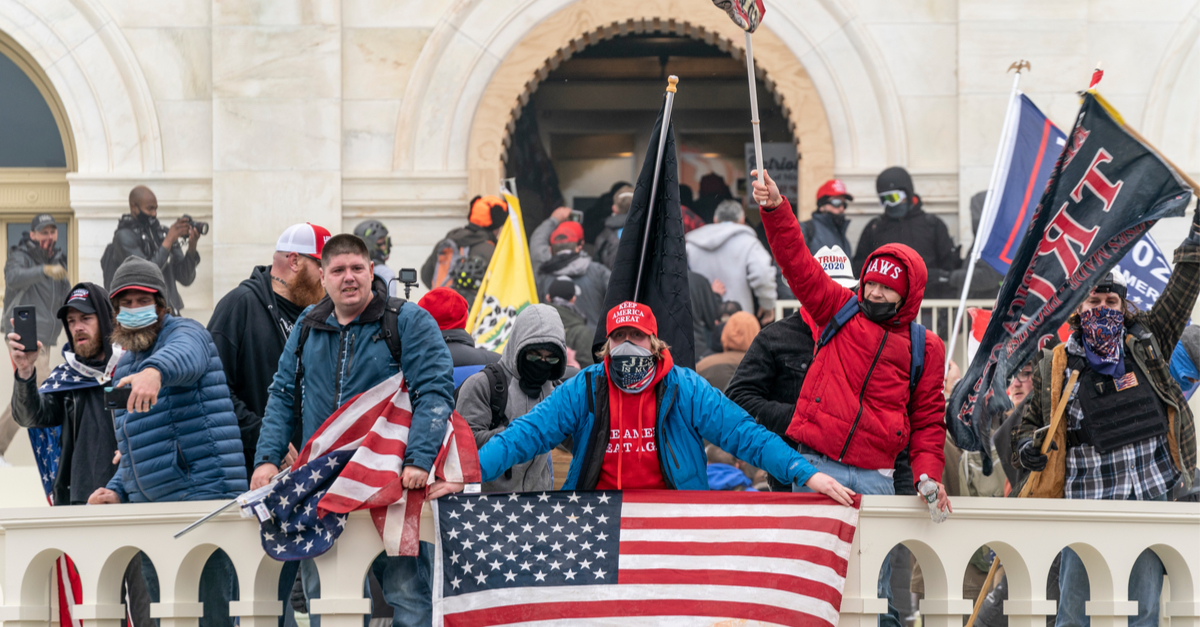 In the coming months, (and possibly years), we are going to be hearing quite a bit about the events of January 6th, as hundreds upon hundreds of cases come to trial.

The FBI has already made arrests of over 440 folks who were involved in the storming of the Capitol, with several hundred more still waiting to be rooted out.  The arrestees have come from nearly every state in the union thus far, and are of differing ages and demographics.

And the crimes that they’ve been accused of committing vary widely as well, with one man having been relieved of $90,000 in the wake of the incident.

U.S. authorities have confiscated roughly $90,000 from a Utah man who sold footage of a woman being fatally shot during the Jan. 6 attack on the U.S. Capitol by supporters of former President Donald Trump, according to court filings.

Prosecutors also have filed additional criminal charges against the man, John Earle Sullivan, a self-described political activist who is accused of entering the Capitol building and participating in the riot, the filings unsealed on Thursday showed.

Sullivan now faces a total of eight criminal counts, including weapons charges, related to the riot. Sullivan’s lawyer did not immediately respond to a request for comment.

According to the court filings, Sullivan portrayed himself as an independent journalist who was reporting on the chaos, but actually encouraged other participants to “burn” the building and engage in violence.

Sullivan recorded video of the confrontation between rioters and police just outside the U.S. House of Representatives chamber that included the shooting of protester Ashli Babbitt and, according to court filings, boasted to an unnamed witness that “my footage is worth like a million of dollars, millions of dollars.”

Sullivan sold that footage to several news outlets for a total of $90,000, according to a seizure warrant.

The filing was redacted to protect the names of the new agencies involved in the transactions.

Too bad the FBI does not go after BLM thugs and criminal illegal aliens with such passion.