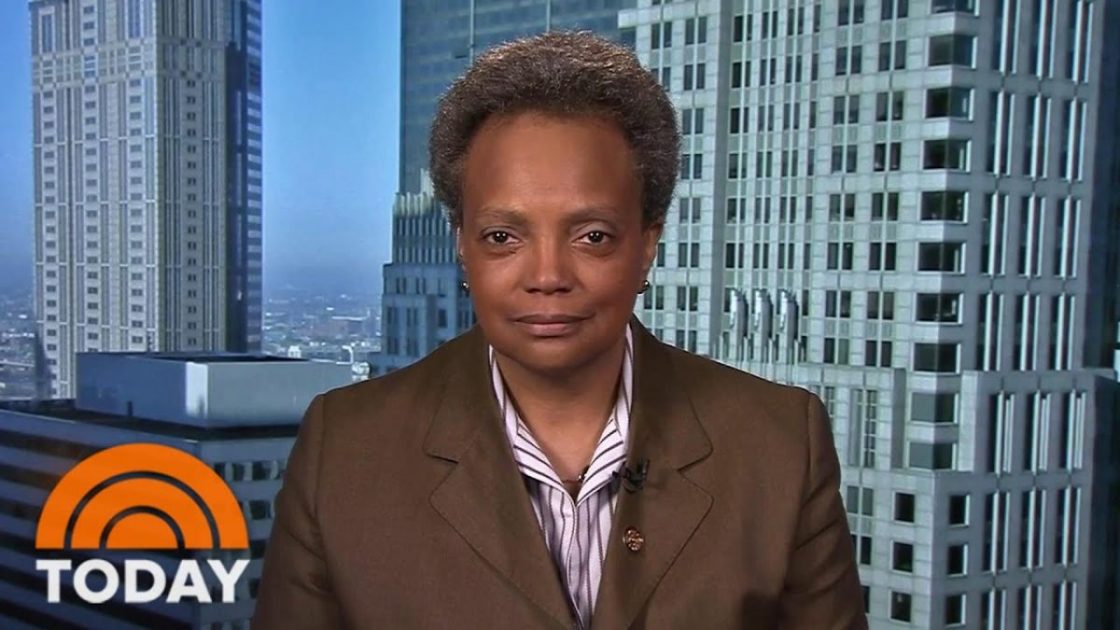 It’s easy for Dems to take potshots at the other party’s moral failings (real and imagined) but do they have the moxie to stand up to their own party? At least one does. Former member of congress Tulsi Gabbard slammed Mayor Lightfoot of Chicago for her blatant racism.

This is, after all, the same party that just blasted the majority of Republicans who refused to rubber-stamp the supposed “January 6th Commission,” which is nothing more than a re-run of when they used unfounded criminal allegations that the Mueller report was supposedly investigating to shift public opinion against Republicans just in time for the midterm elections — giving Pelosi the gavel and unleashing no end of partisan mischief as a result.

When Republicans saw through their partisan game, opposing the commission (as written), the handful of squishy Republicans who were cowed into supporting it were praised to High Heaven by Pelosi & Co.

But when the shoe is on the other foot, Pelosi has exactly ZERO moral fortitude in calling out people stepping out of line in her own party.

When Biden and the Squad sided with the Terrorist Org Hamas, either in funding or moral support, Pelosi was MIA.

She is now enforcing a racial condition on those who would want to interview her. If you’re not black or brown, you don’t get a 1-on-1 interview.

A race-based system of inclusion based on how black or brown your parents are sounds really bad. Can’t quite put my finger on it. One wonders how much non-white ancestry Lightfoot’s system would require to give a reporter access. Oh wait… that’s where we’ve heard this kind of bigotry before! She’s basically bringing back the one-drop rule!

I dunno. Seems like she’s setting a horrible precedent.

Tulsi Gabbard is one of the few Democrats with the integrity to call this out for what it really is. Racist and Anti-American.

Mayor Lightfoot's blatant anti-white racism is abhorrent. I call upon President Biden, Kamala Harris, and other leaders of our county—of all races—to join me in calling for Mayor Lightfoot's resignation. Our leaders must condemn all racism, including anti-white.

Tulsi’s own party responded, predictably, with outrage in response to this statement. In a quick scan of the responses, angry replies asserting that anti-white racism is either ‘ok’ or ‘not a real thing’ heavily outweighed any comments of support.

As we wait for the denunciations of Lightfoot that will never come from Democrats, here is a reporter with more integrity than most any elected Democrat in DC, taking a stand for equality when the activists and deep-pocketed rain makers demand policies anchored in special racial treatment.

I am a Latino reporter @chicagotribune whose interview request was granted for today. However, I asked the mayor’s office to lift its condition on others and when they said no, we respectfully canceled. Politicians don’t get to choose who covers them. https://t.co/YMW8M8ZgJm

Tulsi may be miles apart from us in most issues, but so far as standing with the courage of her convictions and expecting ALL Americans to be treated justly, regardless of intersectional politics? She’s right on the money.

If the loudest voices in her party sounded more like her and less like the squad, the whole country would be in far better shape.

LOL…other dems will go out and kiss her worthless black ass.

“Will other dems follow suit”? Nah, almost all dems/liberals seem to be okay with racism, as long as it’s their people being racist.