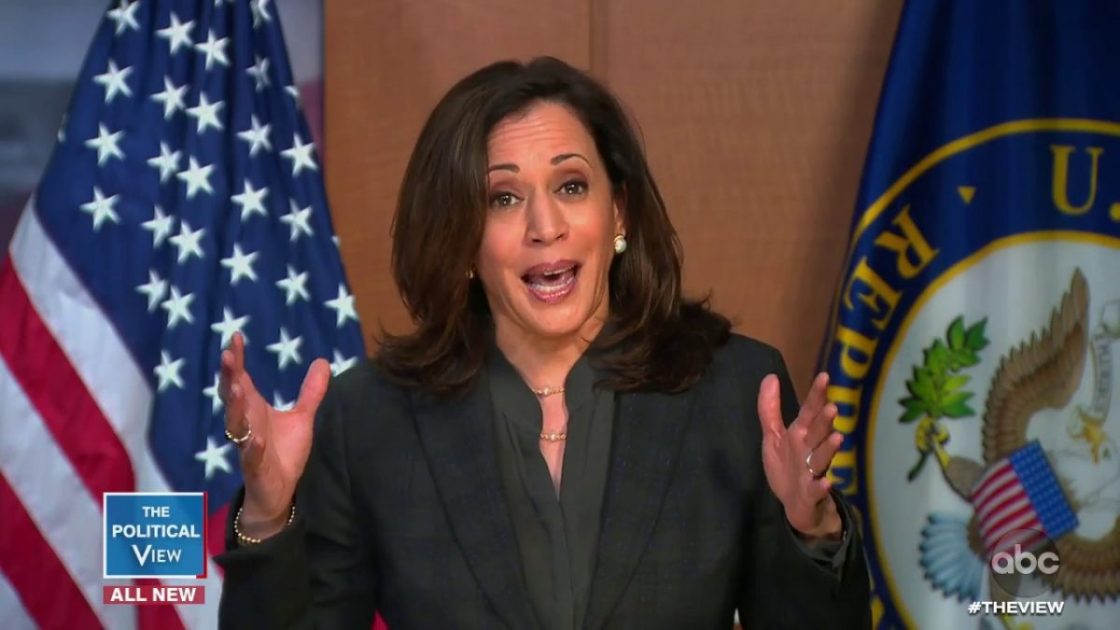 The following article, Kamala Harris Excited that COVID is an ‘Opportunity to Transform America’, was first published on Flag And Cross.

Radical leftist “Vice President” Kamala Harris recently crowed that the coronavirus scamdemic was a fantastic “opportunity to transform” America as we know it.

Taking her cue from former Obama crook Rham Emanuel who insisted that liberals feel that no crisis should go to waste, Harris was speaking Wednesday to the Asian Pacific American Heritage Month Unity Summit during which she giddily proclaimed the coronavirus a crisis that liberals should use to destroy the United States and recreate it in her extremist, left-wing image.

“As we emerge from the pandemic, I believe that we are at the start of a new era,” Harris told the racist group. “I believe that we have a unique opportunity now to shape our nation’s future. To transform how we live, how we work, and how we vote.”

This refrain, of course, is familiar. It is what Barack Obama built his presidency on; the idea that he was elected to raze everything about America and rebuild it as an extremist, far-left, communist country.

Obama didn’t succeed as much as he wanted, and Trump reversed a chunk of what Obama did get done. That is why Obama is now president again as he and his anti-American people have their hand on senile Joe Biden’s tiller.

Harris is only too happy to be party of Obama’s third term, granted. She is a true believer in how evil America is and has fully signed on with Obama’s program to lay America low.

And right there in front of the Asian Pacific American Heritage Month Unity Summit she admitted it directly and unequivocally.

Her goal is to eliminate everything about this country that makes it America and to rebuild it in Obama’s image.

Continue reading: Kamala Harris Excited that COVID is an ‘Opportunity to Transform America’ ...

The scamdemic over the communist chinese virus is a product of the democrat political party and they used it to shut down the country for the purpose of defeating President Trump. Using massive voter fraud accelerated with their extensive mailing of millions of ballots which many were fraudulently mailed back. If voter fraud was stopped for future elections it still may be too late as biden & his handlers are flooding the country with their illegals and trying to change voting rules/laws and if they are successful it may be impossible to ever have conservatives win national elections again.