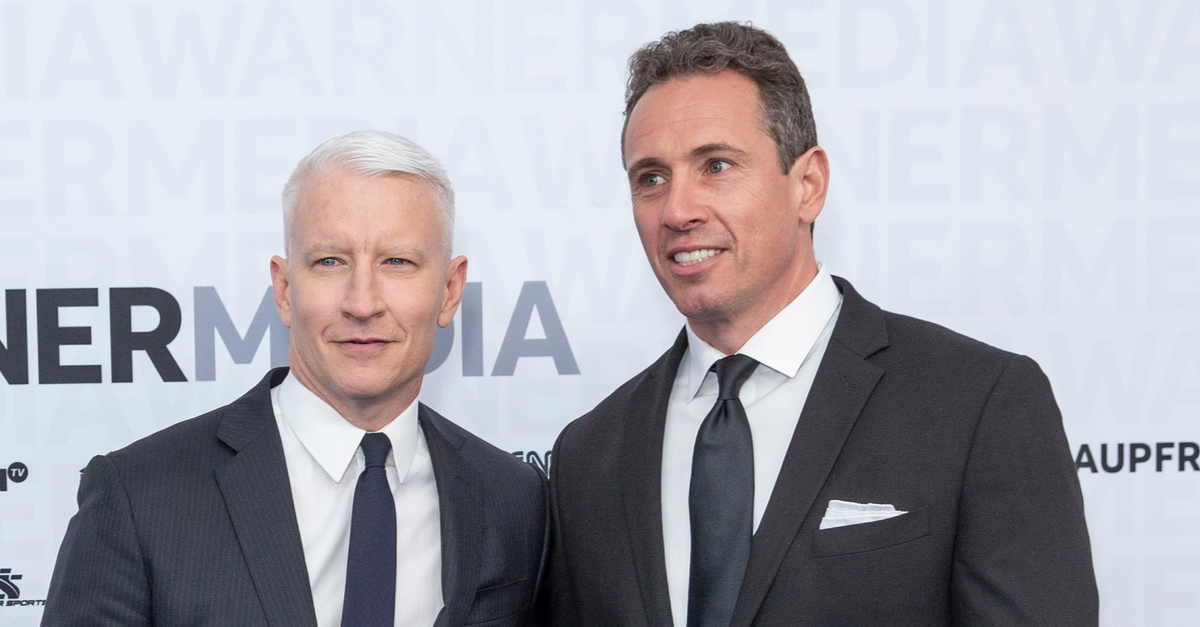 The following article, Chris Cuomo Issues On-Air Apology After Unethical Assistance for Andrew, was first published on Flag And Cross.

The way it sits today, CNN has two options:  Feign journalistic integrity by trotting Chris Cuomo out to do an apology lap, or finally admit what all known all along, which is that they are nothing more than an infotainment network aimed at making sure we watch enough GEICO commercials to make them all rich.

It appears that after anchor Chris Cuomo was caught using his media connections to assist his embattled brother, New York Governor Andrew Cuomo, that the network is going to go with Option A.

CNN anchor Chris Cuomo issued an apology to his colleagues after it was reported that he offered political advice to his brother, embattled Democratic New York Gov. Andrew Cuomo, amid his sexual misconduct scandal.

“If you remember I told you back at the beginning of March I can’t cover my brother’s troubles. It wouldn’t be fair. And you got it then and I appreciate you understanding,” Cuomo began his show Thursday night. “Now, today, there are stories out there about me offering my brother advice. Of course, I do. This is no revelation. I have said it publicly and I certainly have never hidden it.”

“I can be objective about just about any topic, but not about my family. Those of you who watch this show get it. Like you, I bet, my family means everything to me. And I am fiercely loyal to them. I’m family first, job second,” Cuomo told his viewers. “But being a journalist and a brother to a politician is unique and a unique challenge and I have a unique responsibility to balance those roles. It’s not always easy. People can say and write what they want, but I want you to know the truth. How I helped my brother also matters. When my brother’s situation became turbulent, being looped into calls with other friends of his and advisers that did include some of his staff, I understand why that was a problem for CNN. It will not happen again.”

Andrew Cuomo has been involved in a number of sensational scandals of late, with his most recent involving nearly 10 women, many of whom once worked with or for the governor, accusing him of highly inappropriate, sexually abusive behavior.