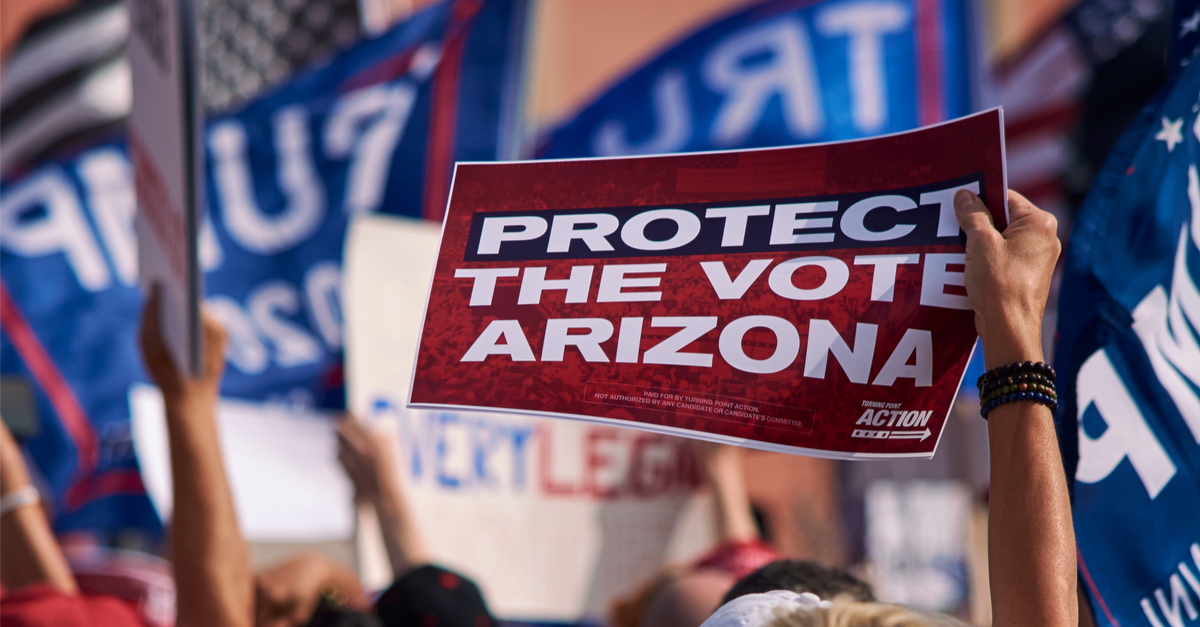 The following article, Arizona Will Replace Voting Machines After Election Audit Concludes, was first published on Flag And Cross.

In the deserts of the American southwest, an unprecedented political action rages this week.

Tied to Donald Trump’s continued insistence that the 2020 election was stolen from him, a cybersecurity firm is now leading an audit meant to discover any potential discrepancies in the vote counts from Maricopa County, Arizona – the state’s most populous county.

Local politicos have been growing agitated with the auditors as of late, with a number of officials vocally expressing their concerns about the process.

Now, the Secretary of State is suggesting that the audit may have even created a new cybersecurity issue that could cost Arizona quite a bit of money.

Arizona Secretary of State Katie Hobbs said Thursday that the voting machines Republicans turned over to private companies as part of their audit of the 2020 election are no longer safe for use in future elections.

In a letter sent to Maricopa County officials and shared with NBC News, Hobbs, a Democrat, cited security concerns about losing the chain of custody over the equipment when it was handed over to the auditors and urged the county to get new machines. If it does not, her office would consider decertifying the equipment involved in the audit, she wrote. That would remove the machines from service.

“I have grave concerns regarding the security and integrity of these machines, given that the chain of custody, a critical security tenet, has been compromised and election officials do not know what was done to the machines while under Cyber Ninjas’ control,” Hobbs wrote in the letter to the county’s mostly Republican Board of Supervisors, which oversees the county elections.

Donald Trump and some of his politically-active allies have suggested that similar audits take place in other states, including in Georgia where one Peach State politician has already begun working up a bill to make it happen.

Include the poll-watchers to actually observe the vote counting & disallow the mass mailing of mail-back-ballots and the future elections may become valid.

Meanwhile the damage is done. Many voters no longer trust their voting system, our government at the highest level refuses to look into the matter. We Americans have been lied to so much, by so many for so long few believe anything government says.
The 2 biggest lies of 2020. (1) Eptstein killed himself. (2) Biden won.