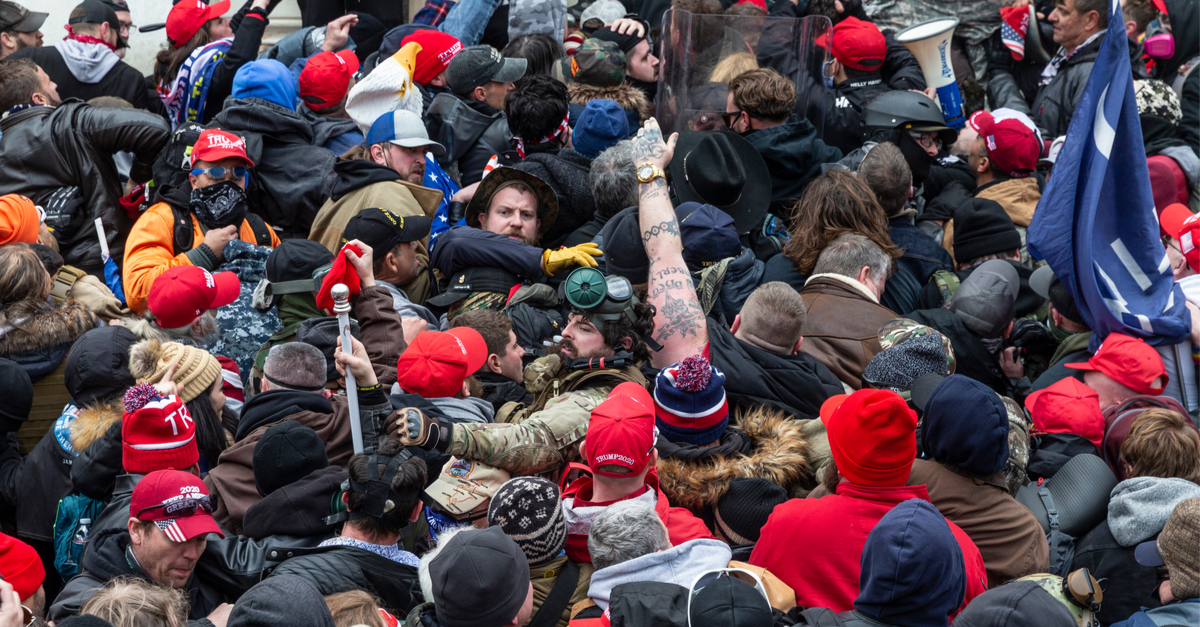 The following article, FBI Releases Footage of Capitol Mob Beating Police with Batons and Brass Knuckles, was first published on Flag And Cross.

As the Senate looks poised to toss aside Democrats’ plans for a 9/11-style “1/6” commission, the FBI is issuing a stark reminder of just how rowdy that day truly was.

It appears as though some elected officials have begun a rather serious campaign to downplay the events of that day – an act that does a disservice to our nation as a whole, and that has been condemned by politicians on both sides of the aisle.   One elected official even referred to the would-be insurrectionists as akin to tourists, nonchalantly insinuating that the whole thing was no big deal.

Now, in a rather conveniently-timed disclosure, the FBI has dropped stunning new footage of some of the brutality that was on display on that fateful day.

The FBI released new footage of two suspects accused of violent assaults on law enforcement officers during the January 6 Capitol attack. Authorities said the suspects used metal knuckles and a police baton to strike officers, but more than four months after the siege their identities remain a mystery.

The suspects’ photos had previously been posted to the FBI’s wanted list, but the FBI released new body camera video Wednesday and said it was seeking the public’s help to identify the assailants.

The Department of Justice told CBS News earlier this month that the men depicted in the footage were involved in an attack on two D.C. Metropolitan Police officers who were dragged down Capitol stairs as they attempted to guard the building January 6.

The videos were hard to watch.

The FBI is still looking to identify several hundred of the participants in the attempted insurrection, having already made over 440 arrests.

Hey FBi there’s a criminal residing at 1600 Pennsylvania Avenue NW in Washington, D.C. he’s the biggest traitor of the USA in American history.
He’s elderly, mostly bald,stutters a lot, falls down when he climbs stairs , and he’s dumb as hell, so even the FBI should be able to catch him. His name is Joe Biden.

Their identity has not been “discovered” because, more than likely, they were ANTIFA false flag operatives