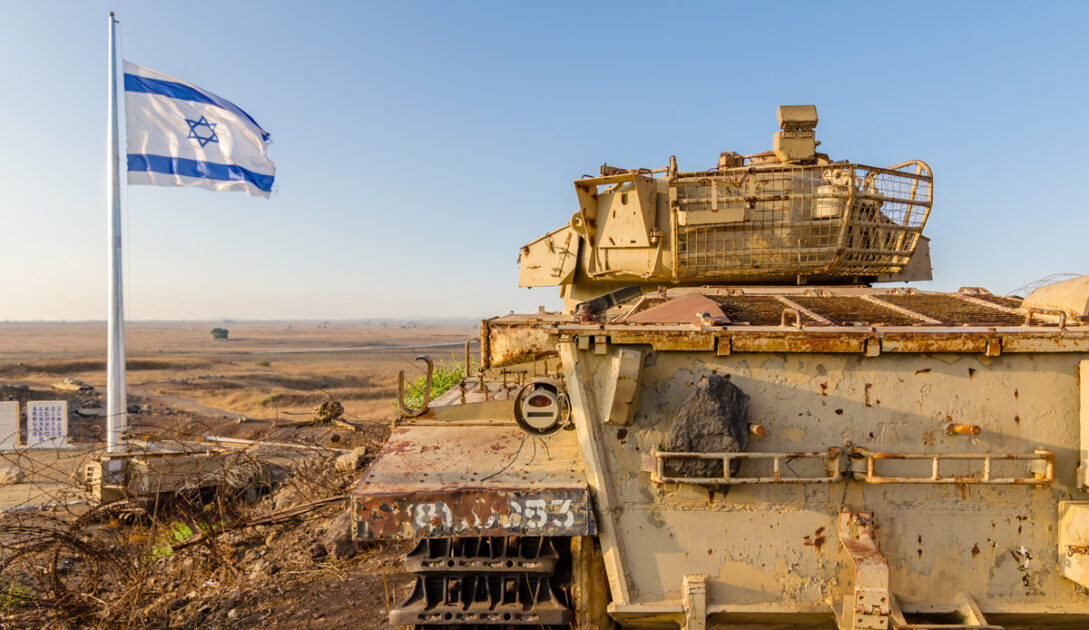 The following article, Democrats Don’t Care About Israel and Assume U.S. Jews Will Vote for Them Anyway, was first published on Flag And Cross.

Why all this surprise? The media has been reporting a split in the Democratic Party over support of Israel during the latest conflict with Hamas—nonsense. The Democratic Party has been filled with Israel haters and anti-Semites for over a decade, the media hasn’t covered the hatred. And most of the Democrats who do not fall into the hater category are too cowardly to speak out because they don’t have to. The party’s attitude is and has been f**k the Jews, we can hate them, but they will vote for us anyway.

The latest examples of the Democrats showing hate toward Jews are about the conflict between Israel and Hamas.

What many people don’t understand (and the media doesn’t cover) is that the Hamas attacks on Israel have nothing to do with the land. Hamas rules the Gaza strip. Israel totally pulled out of Gaza in 2005. The reason for the Hamas rockets is their written objective of eliminating Israel and killing Jews.

The Introduction to the Hamas Charter calls for the destruction of Israel and the killing of all Jews, saying in part, “Israel will exist and will continue to exist until Islam will obliterate it, just as it obliterated others before it” The Charter also talks about defeating the “Zionist invaders” and setting up an Islamic Caliphate (yes, just like ISIS) run by “Islamic Sharia.”

And as for the Jews, it adds, “The Day of Judgement will not come about until Muslims fight the Jews. When the Jew will hide behind stones and trees, the stones and trees will say, “O Muslims, O Abdulla, there is a Jew behind me, come and kill him. Only the Gharkad tree, would not do that because it is one of the trees of the Jews.”

This is the organization that started firing rockets into Israel on May 10th. The Antisemitism and anti-Israel charter of Hamas is supported by too many Democrats even before the present conflict began.

Rep. Mark Pocan (D-WI) blamed Israel for Hamas’ acts of terror, claiming that just because Hamas is attacking Israel “doesn’t make it a both sides issue.” In the past, Pocan had reserved official Capitol Hill space to host a forum supporting the anti-Semitic BDS movement.

Rep. Chuy Garcia (D-IL) claimed that Israel “provoked” the Hamas rocket attacks. He may be right because the Hamas charter calls for killing Jews, and all of the living Israeli Jews were still doing the provocative act or breathing.

Rep. Ayanna Pressley (D-MA) said that the Hamas bombing was a consequence of years of military occupation. Maybe someone stole her newspaper in Aug. 2005 when Israel pulled out of Gaza.

Rep. Ilhan Omar (D-MN) said that Israel uses “the guise of self-defense” when defending itself from Hamas’ rocket attacks. This is the woman whose Democratic colleagues refused to condemn when she made a series of anti-Semitic comments in March 2019.

Rep. Alexandria Ocasio-Cortez (D-NY), who once claimed she had a Jewish background (thank God not true), smeared Israel with the false charge of Apartheid State. Not only a lie, but Arabs have more rights in Israel than they would have in Gaza or any of the Arab States.

Rep. Rashida Tlaib (D-MI) advocated for anti-Semitic Boycott, Divestment, and Sanctions (BDS) while Israel was being bombed and claimed that Israel was ‘promoting racism and dehumanization’ under an ‘apartheid system.’

Sen. Bernie Sanders (I-VT), a socialist who conferences with the Dems, has run for their Presidential nomination twice and is a Jew-hating-Jew tweeted out on Sunday, “We must also take a hard look at nearly $4 billion a year in military aid to Israel. It is illegal to support human rights violations. He’s also supported Rep. Omar’s Antisemitism.

Rep. Nancy Pelosi (D-CA) drew a moral equivalence between the attacking terrorist Hamas and Israel defending herself with this statement, “Now, after more than a week of hostilities, it has become even more apparent that a ceasefire is necessary. There must be a serious effort on the part of both parties to end the violence and respect the rights of both the Israeli and Palestinian people.

Rep. Cori Bush (D-MO) called Israel apartheid and spoke of her solidarity with the Hamas “resistance.”

Rep. Marie Newman (D-IL) Signed a letter calling on the Biden administration to condemn Israel’s illegitimate use of force in Jerusalem.

Other Democrats, such as Sen. Elizabeth Warren (D-MA), slammed Israel for the possible removal of Arab families from Sheikh Jarrah, even though it is a civil legal action by a landlord trying to remove squatters from his land. The lawsuit has been going through the Israeli courts for years and will be heard by the Israeli supreme court and has absolutely nothing to do with the Israeli government.

Sen. Kirsten Gillibrand (D-NY) wrote a piece supporting “four extraordinary women–Tamika Mallory, Bob Bland, Carmen Perez, and Linda Sarsour.”All four are anti-Israel and anti-Semitic supporters of Louis Farrakhan. Gillibrand trashed Bibi Netanyahu based on a meeting she had with Netanyahu in 2016 as part of a Senate delegation to Israel. She removed the context of Netanyahu’s statement to condemn him.

On Tuesday, “In a 217-209 vote, House Democrats rejected a bid by House Republicans to hold a vote on Hamas sanctions legislation authored by Rep. Brian Mast (R., Fla.).” They wouldn’t even allow a vote to sanction a terrorist organization.

None of the above should be a surprise.

Louis Farrakhan was justifiably criticized for calling Jews termites, but before Farrakhan, Hank Johnson (D-GA) used that phrase. At an event at the 2016 Democratic Convention, Johnson, who once worried that too many people on the island of Guam might tip it over, called Jewish people who live in disputed territories, “termites” that destroy homes. Johnson said it at an event during the 2016 Democratic Convention.

In 2011 House Majority Whip, Rep.James Clyburn (D-SC) appeared at an event with Jew-hater Louis Farrakhan. Clyburn told Farrakhan’s hate magazine “Final Call” that he was “not bothered in the least bit” by those criticizing him for appearing at the event with the Jew-hating Farrakhan. Since then, Clyburn has debased the Holocaust by using it as a political weapon, even slamming the children of survivors who objected to Rep. Omar’s Antisemitism.

Sen. Raphael Warnock (D-GA) has called Israel an “apartheid” state, saying Israel was “a land of violence and bloodshed and occupation,” referring to Israeli leaders as “clever politicians,” and accusing them of being “racist and vicious.” He’s likened Jews to “birds of prey, and Judea and Samaria to South African apartheid.

Rep. Danny Davis (D-Il) Is also a friend of the anti-Semitic Farrakhan. “The Daily Caller” reported that “Davis went on the record twice to defend and praise Farrakhan.” He called Farrakhan an “outstanding human being” and says he regularly visits Farrakhan, including at home. Davis has also said he wasn’t bothered by Farrakhan’s answer to “the Jewish question.” In other words, his Antisemitism.

Rep. Maxine Waters (D-CA) has said she believes the anti-Semitic canard that AIPAC has too much power over congress. Sorry Maxine, but if AIPAC had all that power as you claim, your butt would have been out of Congress years ago.

Rep. Antonio Delgado (D-NY) was not only supported by the anti-Israel group J-Street, but he made a statement that Israel was not a democracy.

Rep. Adam Smith (D-WA) Introduced a one-sided bill to “prohibit U.S. assistance to Israel from being used to support the military detention, interrogation, or ill-treatment of Palestinian children in violation of international humanitarian law” Nowhere in the bill did he mention terrorism out of Gaza or the reason the Palestinian “children” were arrested.

Rep. Jim McGovern (D-MA) Back in 2015, he demanded that Israel negotiate with Hamas despite Hamas’ continued terrorism and refusal to recognize Israel. Based on the Hamas charter, Israel’s only thing to deliver to the terrorist group is all the Jews in the country dying. But McGovern doesn’t care.

And where are the Jews In Congress?

Sen. Chuck Schumer (D-NY) has been silent about the Anti-Israel and Anti-Semitism coming from his party and has expressed support of anti-Semites such as Al Sharpton and fellow Senator Raphael Warnock. As for the Democrats spewing hatred against Israel since Hamas began its attacks on May 10th, the gutless coward Chuck Schumer has been silent.

Rep. Jerold Nadler (D-NY) protected Ilhan Omar when she made anti-Israel and anti-Semitic comments claiming she was the victim of a GOP smear. As for the latest Hamas attacks and party hatred, Nadler has been silent. But it may not be his fault. He often wears his pants up so high that his belt may be constricting the oxygen to his brain. Either that or he’s working on this coming February’s third annual impeachment of Donald Trump.

Another Jewish Congressman is Lee Zeldin (R-NY). Unlike the others, Zeldin is a Republican and a leader in the house in fighting against BDS and for Israel.

There are many other examples of hatred coming out of the Democratic Party, which can be provided if asked.

Jewish organizations in America will tell you that it is important not to make Israel a wedge issue between the two parties, But how can support of Israel not become a wedge issue when one of the parties is laden with anti-Israel and anti-Semitic people who support Hamas and/or spew hatred about the Jewish state.

Why has the Democratic Party become the anti-Israel party? The only honest answer is that it is the fault of much of the American Jewish community. They have proved the famous words of Ze’ev Jabotinsky, who said, “It is incredible what political simpletons Jews are. They shut their eyes to one of the most elementary rules of life that you must not ‘meet halfway’ those who do not want to meet you.’

Voters influence candidates’ positions. The majority of Jews in the US continue to vote Democratic despite their anti-Israel and anti-Semitic comments. And the party knows they will still get the Jewish votes whatever they do while rallying the votes of the far-left, a voting block that is very anti-Israel

Over thirty years ago, George HW Bush was running for re-election and facing a push back from American Jews because of the anti-Israel policies and comments from his Secretary of State James Baker. Before that election, Jews generally voted 30+% Republican. During his first election, Bush earned 35% of the Jewish vote, most of which is concentrated in important swing states. When HW Bush was running for re-election and losing Jewish support James Baker’s comment about the potential loss of Jewish votes was “F**k the Jews, They won’t vote for us anyway” Bush received only 11% of the Jewish vote for his re-election. And no other GOP candidate received anything near the 35% that Bush got for his first campaign. Even when running against Israel-haters such as John Kerry, Barack Obama, and Hillary Clinton.

From this voting behavior, the Democrats learned their new version of James Baker’s slander, “F**k the Jews -we can hate them, but they will vote for us anyway.” Unless some American Jews start voting for Republicans, the party that supports Israel and the Jews, the Democrats will continue to hate us and the Jewish State of Israel. After all, they know they “own” the Jewish votes.

Continue reading: Democrats Don’t Care About Israel and Assume U.S. Jews Will Vote for Them Anyway ...

Have said for years that it’s difficult to understand why any jewish person would ever vote for a democrat. Same for black people, voting for a political party that has a 150plus year history of working to keep the race down.