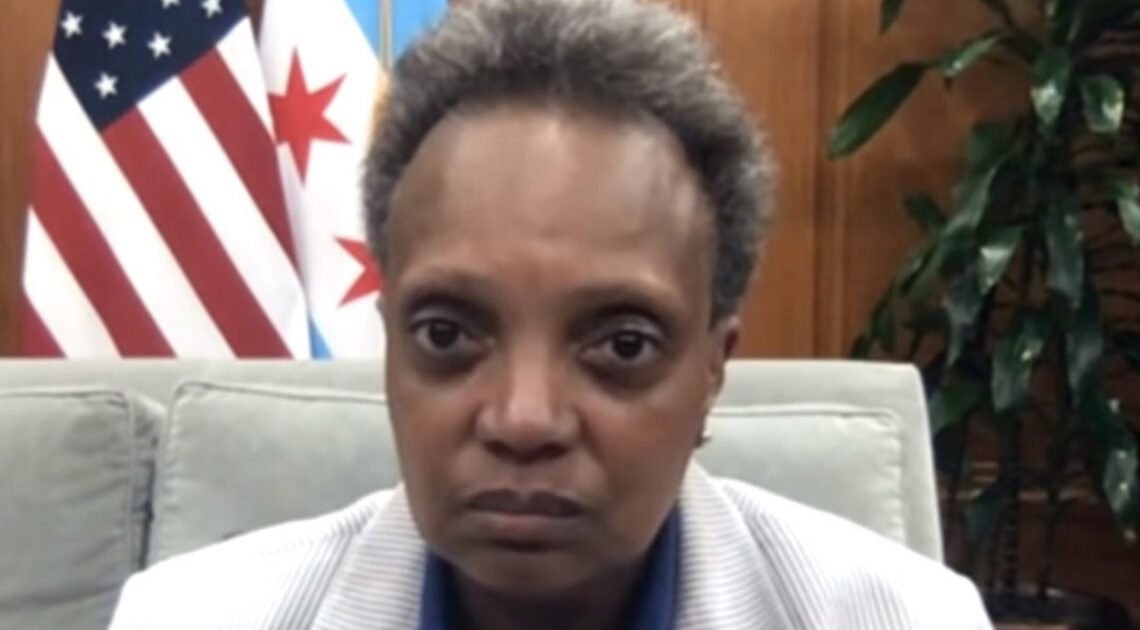 The following article, Chicago Mayor Lori Lightfoot Will Only Give Interviews to ‘Black or Brown Journalists’, was first published on Flag And Cross.

Chicago’s black Mayor Lori Lightfoot now says she will only give interviews to “black or brown journalists,” according to her spokesperson.

Several white reporters in the Windy City discovered that the mayor is granting one-on-one interviews only to black and brown journalists as she enters into her second year in office:

As ⁦@chicagosmayor⁩ reaches her two year midway point as mayor, her spokeswoman says Lightfoot is granting 1 on 1 interviews – only to Black or Brown journalists pic.twitter.com/PAUsacD9Gj

I was told the same thing.

I can confirm, alderman

It is not clear whether the mayor’s racial policy applies only to one-on-one interviews, or whether it will extend to future interviews.

Lightfoot, the city’s first black female mayor, and also the first lesbian mayor, has been a target of public criticism for her harsh policies during the coronavirus pandemic, her failure to manage the Black Lives Matter riots, and a sharp rise in crime throughout the already-violent city.

Folks, this is the very definition of racism.

Indeed, it is even the definition of “racism” the way the left describes it. Remember, liberals claim you “can’t be racist if you don’t hold power.” By that they mean if you aren’t in power you can’t discriminate against a race of people. So, by the left’s definition, you can hate white people all you want, but if you don’t have the power to put your hate into action, you are not officially a racist.

Yes, this definition is based on a lie. But let’s think about this. Mayor Lightfoot, a black, gay, woman, is in power. She runs Chicago. Now she is putting her hate for whites into action as a government policy. That is the left’s very definition of racism.

Attorney Jonathan Turley even wonders if this is actionable legally:

The question is whether a race-criteria for reporters is not just actionable but whether the media is prepared to sue Lightfoot for discriminatory policies. Such legal action could be challenging, particularly due to a lack of response from Lightfoot. https://t.co/pw88zlDDRv

Continue reading: Chicago Mayor Lori Lightfoot Will Only Give Interviews to ‘Black or Brown Journalists’ ...

Racists supporting Genocidal Racist, a union made in heaven.

Ever notice that DemonRATS always vote for shit colored idiots?

Okay, ‘racism’ is allowed as long as it’s a racist black being racist?