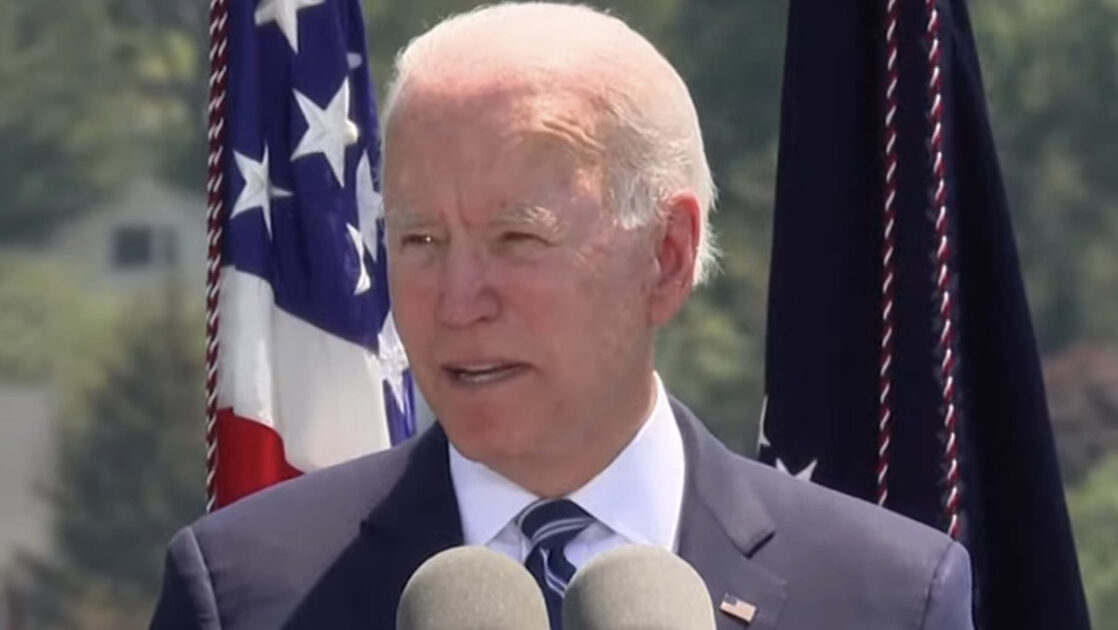 The following article, Biden Accuses Coast Guard Grads of Being ‘Really Dull’ Because They Didn’t Clap for Him, was first published on Flag And Cross.

Not only did Biden chastise the class for not clapping for a line he stole from Dick Cheney, he also mangled a quote by genocidal Mao Zedong in a failed pandering effort.

Joe “commander in thief” Biden was speaking on Wednesday to the 2021 graduating class of the United States Coast Guard Academy, but he was very unhappy with the tepid response he received by the audience.

At one point, Biden got upset enough to slam the grads.

“You’re a really dull class. Come on, man. Is the sun getting to you?” Biden said. “All kidding aside, being here together is a victory in and of itself.”

President Biden called graduates of the Coast Guard Academy "dull" after they didn't clap during his speech.

"You are a really dull class. C’mon man. Is a sun gettin' to you?" pic.twitter.com/TstESv66zp

So, what prompted that outburst?

He was busy butchering a quote from the teleprompter, saying how the Coast Guard is “the hard nucleus around the Navy form in times of war.” That’s not quite the line, but they understood what he was trying to say. Still, they didn’t clap, and Biden took offense.

Ironically, Vice President Dick Cheney quoted the same line — properly, this time — back in 2008 at the same Coast Guard Academy Commencement Ceremony. According to the transcript from the speech, he was met with applause following the quote. We can assume based on Biden’s track record of plagiarizing past speeches that he pulled his quote from that speech and expected the same applause that Cheney received.

At the 2008 ceremony, Cheney said, “There’s a saying in your line of work — that the U.S. Coast Guard is the ‘hard nucleus about which the Navy forms in time of war.’ (Applause.) I’m not sure what the Navy thinks of that. (Laughter.)”

Biden couldn’t even get a quote from his party’s hero right.

Biden also claimed he needed “absolution” after his college years at the University of Delaware for “minor infractions like using a fire extinguisher to hose down an RA,” the abbreviation for residential adviser.

Biden’s spoke of the importance of the Coast Guard in defending international trade and maritime law as the U.S. confronts China and Russia in “the South China Sea, the Arabian Gulf, and, increasingly, the Arctic.”

“When nations try to game the system or tip the rules in their favor, it throws everything off balance,” Biden added.

Continue reading: Biden Accuses Coast Guard Grads of Being ‘Really Dull’ Because They Didn’t Clap for Him ...

There’s someone there that is “dull” alright, but it is not the audience.