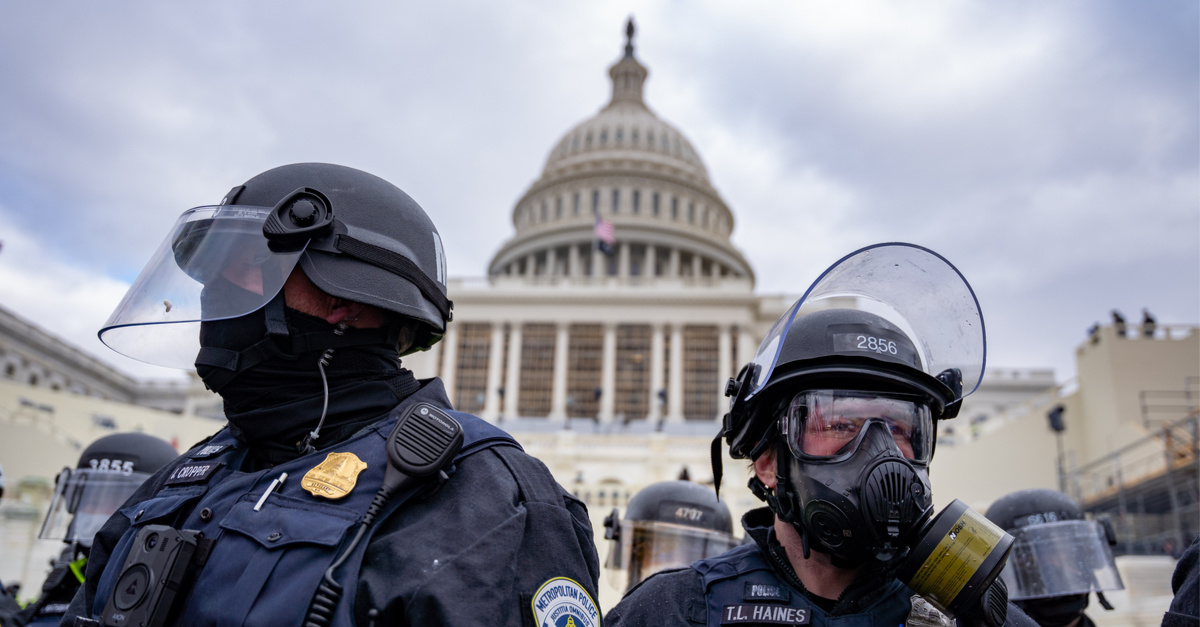 As the GOP continues on its path toward being split in two, the MAGA-aligned side of the party appears to be exerting a great deal of energy to downplay the events that took place in the Capitol on January 6th, while the old-school GOP stand by in absolute shock at what they are seeing from within the party.

The O.G. GOP believe that the MAGA wing is tamping down the language they one used in regard to the event in order to maintain favor with Donald Trump, who is still fancied as a likely presidential contender in 2024, and someone who can move a lot of votes with not a lot of words.

There are fears that purposefully desensitizing us to this sort of violence will come back to haunt us, with perhaps Antifa taking a crack at the Capitol next time.  And God forbid they are more successful.

The Capitol Police, who themselves lost members during and in the aftermath of the event, are now lambasting those who would seek to quash another investigation into the events of that day, and doing so with great ferocity.

Members of the US Capitol Police released a statement Wednesday slamming House Minority Leader Kevin McCarthy and Senate Minority Leader Mitch McConnell over their refusal to support a bipartisan commission examining the January 6 Capitol insurrection and its aftermath.

The statement was signed, “Proud Members of the United States Capitol Police” and sent on the official letterhead of the USCP but does not represent the agency as a whole. It’s unclear how many members signed the letter.

“We members of the United States Capitol Police write this letter to express our profound disappointment with the recent comments from both chambers’ minority leaders expressing no need for a January 6th commission,” the letter said. “The brave men and women of the USCP were subjected to hours and hours of physical trauma which has led to months of mental anguish.”

And there was more.

The statement went on to say: “If you look around the Capitol building, you still have doors that are broken, windows still smashed and in some cases missing. Officers are forced to go to work with the daily reminder of what happened that dreadful day.”

It is “inconceivable that some of the Members we protect, would downplay the events of January 6th. Member safety was dependent upon the heroic actions of USCP,” it continued.

There are already several investigations ongoing into the attempted insurrection at the US Capitol on that fateful day, but none occurring within a specifically-political capacity.

This is a load of hog wallop. If windows and doors are still smashed, it is intentional because most agencies would have repaired minor damage such as this within days. This looks like another Democrat hatchet job by Pelosi and Schumer. Everyone knows this so called insurrection was nothing more than Capitol police letting in people who had been at the President’s rally on January 6th, 2021. There were people with meg horns telling everyone to be respectful and enter into the Capitol building to protest the 2020 presidential election; peacefully. This so called commission is also a partisan hack… Read more »