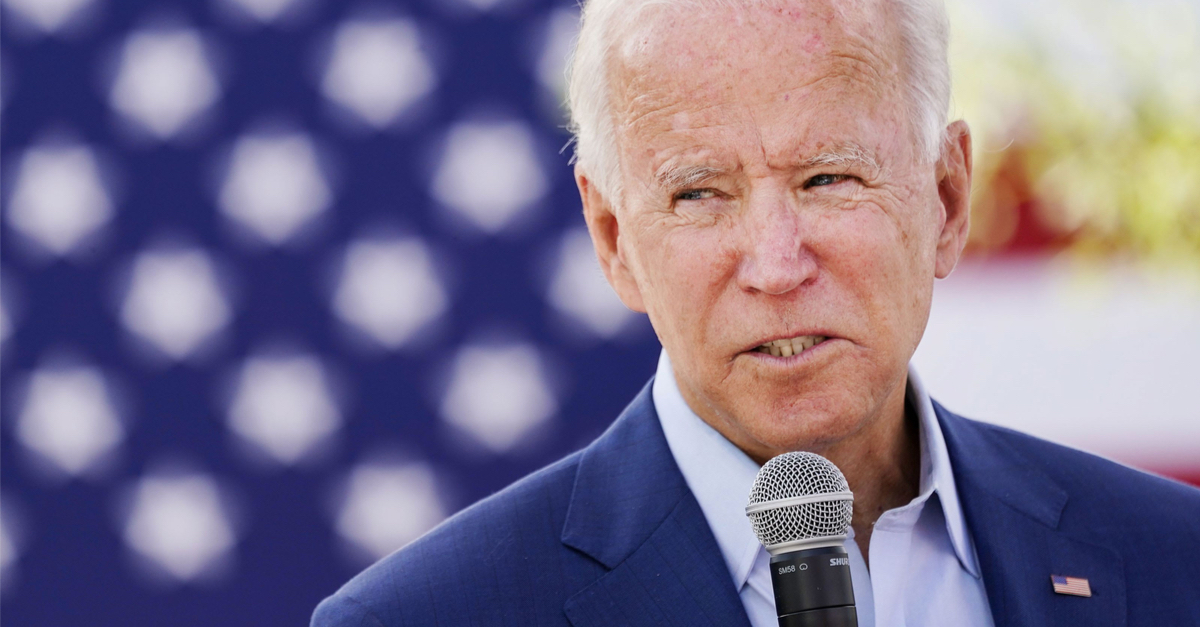 The following article, Biden Tells Reporter to Shush, Unless He Wants to Be Run Over in New Ford Truck, was first published on Flag And Cross.

Joe Biden is certainly earning himself quite the reputation in the early days of his presidency, but it’s often more about what he’s not saying than what he is.

The 46th President of The United States has been fairly mum from the West Wing, speaking almost exclusively to the public in pre-planned and scripted statements, if at all.  When he does take questions from the press, it is often in short bursts before admitting that others in his administration would prefer that he simply not.

In Michigan this week, Biden took this “quit asking me questions” schtick to the next level, however, threatening to hit a reporter with a brand new Ford truck if he inquired about the President’s stance on the current Israeli conflict.

President Biden is being ripped for joking about running down a reporter rather than answer a question about the ongoing deadly conflict in Gaza.

Biden made the questionable quip Tuesday from behind the wheel of the new F-150 Lightning electric pickup truck when a reporter asked if she could ask “a quick question on Israel … since it’s so important?”

“No, you can’t,” Biden replied bluntly. “Not unless you get in front of the car as I step on it.”

The car-loving commander-in-chief insisted he was “only teasing” — but still raced away on a Michigan race track rather than accept a question on the ongoing conflict.

A day later, Biden issued a warning to Israel, stating that he expected a “de-escalation” in the crisis – a move that many have suggested may be a nod to the ultra-liberal wing of of the Democratic Party who don’t share the same reverence for Israel as the rest of the nation does.

Continue reading: Biden Tells Reporter to Shush, Unless He Wants to Be Run Over in New Ford Truck ...