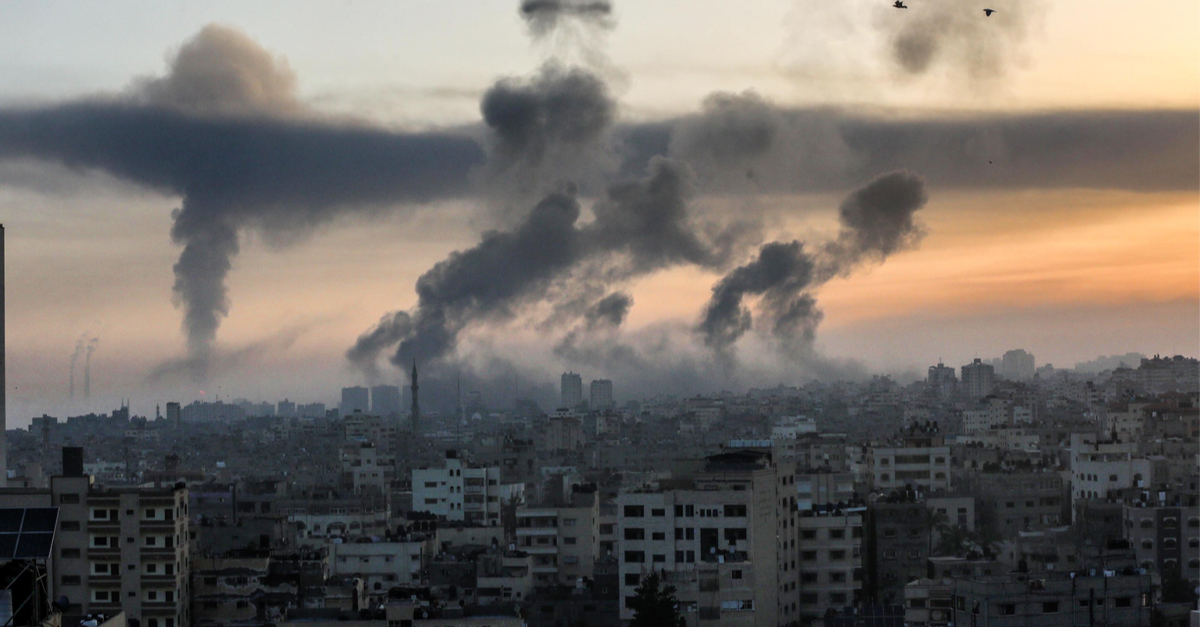 The following article, Biden Takes Direction from Far Left, Calls for ‘De-Escalation’ in Gaza, was first published on Flag And Cross.

Of all the places in the world where violence can take on an enhanced gravity, none has ever been as precarious as in the Middle East.  And, within that microcosm of conflict, the fight between Israel and the Palestinian people has the most potential for volatility by far.

That’s why the continued volley of rockets between Hamas and Israel has been such a worrisome situation, causing much of the world to lean into the conflict, making sure that the rest of the international diplomatic community knows precisely where they stand.

In the US, Israel has long been seen as an ally with which an unbreakable relationship exists.  But, as with anything else that enters into the political realm, these steadfast ideals can be chipped away by those on the fringes of the governmental spectrum.

Now, some are suggesting that President Joe Biden’s admonishment of Israel’s continued attacks on the Hamas terror group are coming to fruition on account of some on the far left side of the aisle.

President Biden on Wednesday told Israeli Prime Minister Benjamin Netanyahu that he expects “a significant de-escalation” as part of the move to a potential cease-fire between Israel and Hamas – as he faces pressure from the left of the Democratic Party on the conflict.

Biden spoke to Netanyahu early Wednesday, and the White House said the two “had a detailed discussion of the state of events in Gaza, Israel’s progress in degrading the capabilities of Hamas and other terrorist elements, and ongoing diplomatic efforts by regional governments and the United States.”

“The President conveyed to the Prime Minister that he expected a significant de-escalation today on the path to a ceasefire,” the White House said.

One of Congress’s most outspoken proponents of the Palestinian people was ramping up pressure on Biden as well.

On Tuesday, Rep. Rashida Tlaib, D-Mich., appeared to have a heated conversation with Biden as he arrived in Michigan on Tuesday. Tlaib, who has Palestinian heritage, has been a vocal critic of Israel and of the administration’s response to the conflict.

“If you support a cease-fire, then get out of the way of the U.N. Security Council and join other countries in demanding it,” she said in a tweet on Monday directed at the president and Secretary of State Antony Blinken.

As the violence escalates, there are fears that this powder keg could spend to a number of other nations as well, potentially erupting into a global conflict.