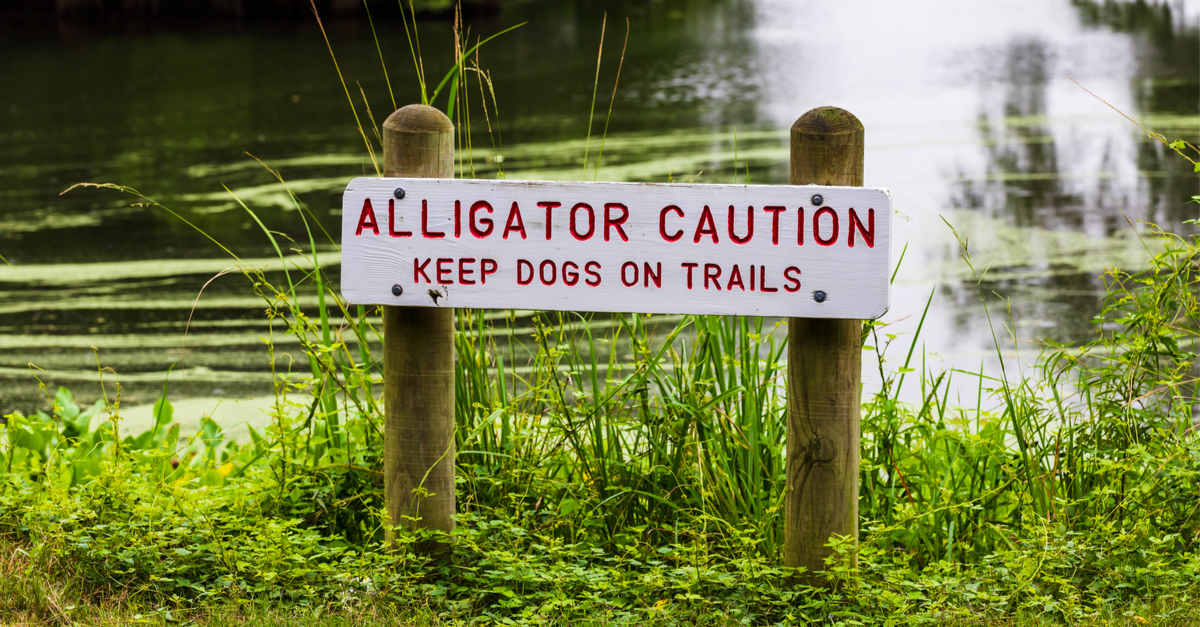 When it comes to the United States, there is one locale that is the undefeated champion of wild and wacky stories:  Florida.

The Sunshine State has long been home to some of the weirdest news in our entire nation, with such an affinity for the bizarre that there are entire websites dedicated to the oddities that plague places from Pensacola to Little Havana.

This week’s wild ride comes from Hollywood, Florida, and is more harrowing than harebrained.

Mike McCoy has read up a bit on alligator attacks and what to do if you find yourself in one—and good thing, because he was able to put that knowledge to use this week. McCoy and Jake, his 8-year-old chocolate Lab, were taking a stroll Tuesday near a pond behind a middle school in Holiday, Fla., when Jake stopped to check out a bush. That’s when a gator leaped out of the water, dragged Jake from the shore, and pulled him into the water. “He was in a death roll with that thing,” McCoy tells NBC News. That’s when he took action, implementing the gator tips he’d learned from his informal studies, sticking his thumb in the animal’s eye and picking it up out of the water so it couldn’t swim away with its mouth still clamped around Jake.

McCoy and Jake both suffered minor injuries, but were expected to make a full recovery, although Jake’s owner did mention that the dog has been in a sour mood since the incident.

Authorities are hoping to locate the gator, which they say was between 7 and 9 feet in length.