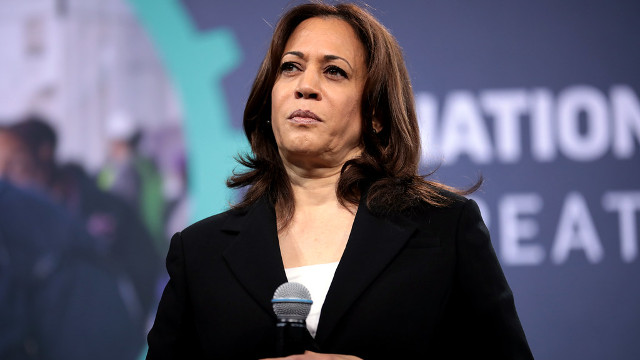 The following article, Border States AG Says VP Harris Should be ‘Fired’ from Immigration Role, was first published on Flag And Cross.

As the Biden administration came into power, migrants from Mexico and South America begin heading north in droves.

The President has suggested that this was some sort of “seasonal” and routine surge, but experts and the migrants themselves have suggested something entirely different: That the Democrats’ leniency on the subject of immigration has made now an enticing time to come to America.

In order to mitigate the trouble that is coming down the pike, Biden tapped Vice President Kamala Harris to oversee the immigration issue, but Harris’ performance in that role has been severely lacking.

Now, one border state official is suggesting that the Vice President is doing such a horrible job that she should be “fired” from this role.

Arizona’s attorney general is calling for Vice President Kamala Harris’s removal from leading the administration’s efforts to end the crisis at the nation’s southern border, according to Fox News.

The crisis at our southern border has been escalating since January and is now clearly a catastrophe and a tragedy in the making. Like many Americans, I was encouraged by your March 24th appointment of Vice President Kamala Harris to lead the efforts to stem the tidal wave of illegal migration into our country. However, to date, her response to the border crisis has been absolutely abysmal, so I am requesting that she be replaced as your “border czar.”

We are now nearly 50 days into her appointment, and Vice President Harris has shown little interest in observing what is happening along the border and and has failed to articulate any plan to deal with the devestating effects of this crisis. Instead, she has traveled to other states for unrelated and less-pressing matters. Mr. President, this is a slap in the face to Arizonans who helped elect you both to the highest offices in the land.

Harris has suggested that visiting the border wouldn’t necessarily be a part of her strategy to address the ongoing humanitarian crisis happening there, and that she would be working to address the “root cause” of immigration – with “climate change” being a focal point for Harris here.