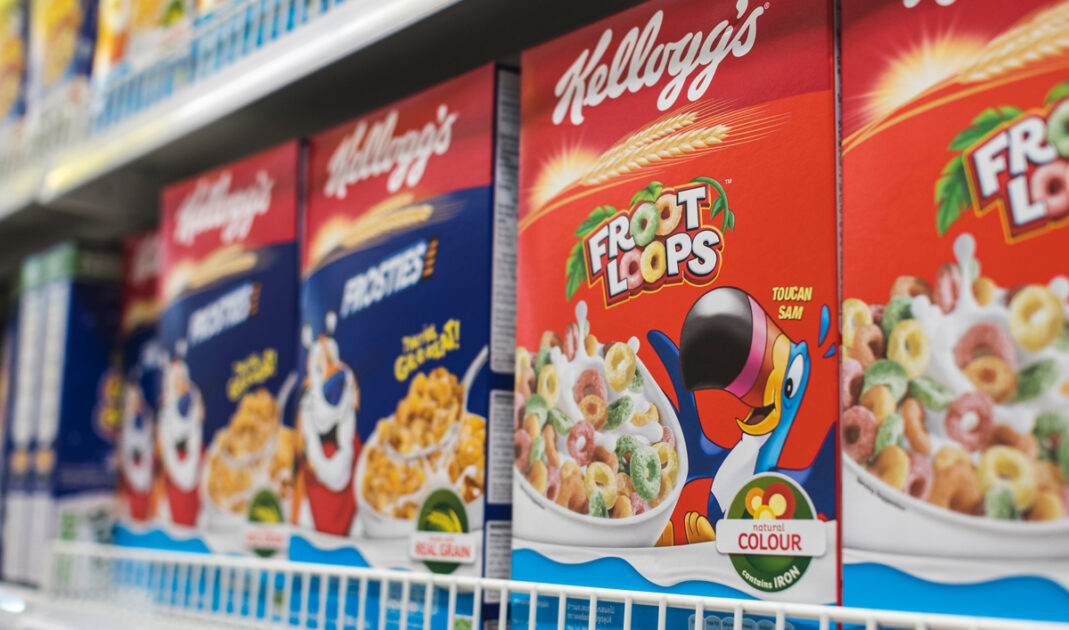 The newest corporation to indulge wokeism is cereal company Kellogg’s which has just launched a cereal to push transgenderism on kids.

The new flavor is an amalgam of several of their cereal brands all in the same box called “All Together.”

Not only does this push the woke LGBTQ agenda, but is also give kids a spot to write their own “pronouns” on the box:

Woke corporation alert: @KelloggsUS has released a new woke cereal so kids can get a big dose of leftist propaganda in the morning to go along with their sugary bowl of cereal. If you want them to leave our kids alone then you have a duty to stop giving Kellogg’s your $! pic.twitter.com/XZ0sEdc8um

Retailing for $4, Together With Pride will be on supermarket shelves in May, just prior to the month of LGBTQ+ festivities. For every purchase, Kellogg’s will donate $3 to GLAAD. For the donation to occur, patrons must upload a copy of their receipt to KelloggsFamilyRewards.com.

The 7.8-ounce box is full of a rainbow variety of heart-shaped cereal bites and even edible glitter. Kellogg’s famous cereal figures are gathered on the exterior illustration, including Toucan Sam, Tony the Tiger, and the Rice Krispies elves, Snap, Crackle, and Pop.

“We believe that all young people and those young at heart deserve an environment where they can grow up to be their best selves,” the caption on that box read. “That’s why we’ve joined forces with GLAAD by going purple on Spirit Day to stand up against bullying in all forms, and support a more accepting world for LGBTQ youth.”

There is nothing new here, at least for Kellogg’s. This company has spent bullions funding hardcore, left-wing causes for decades. And they do this limited-edition gay cereal dealio just about every year.

Check out the deep overage of the Kellogg Foundation by Breitbart News, some of which I wrote for them.

The CEO must have some trannies in the family and he is proud of them….

There is no doubt about it now. We are living in Sodom & Gomorrah. We will probably meet the same end as they.

This is beyond the pale. This is aimed directly at children. Well guess what, Kellogg’s. Parents do the shopping. And I will NEVER BUY KELLOGG’S AGAIN.