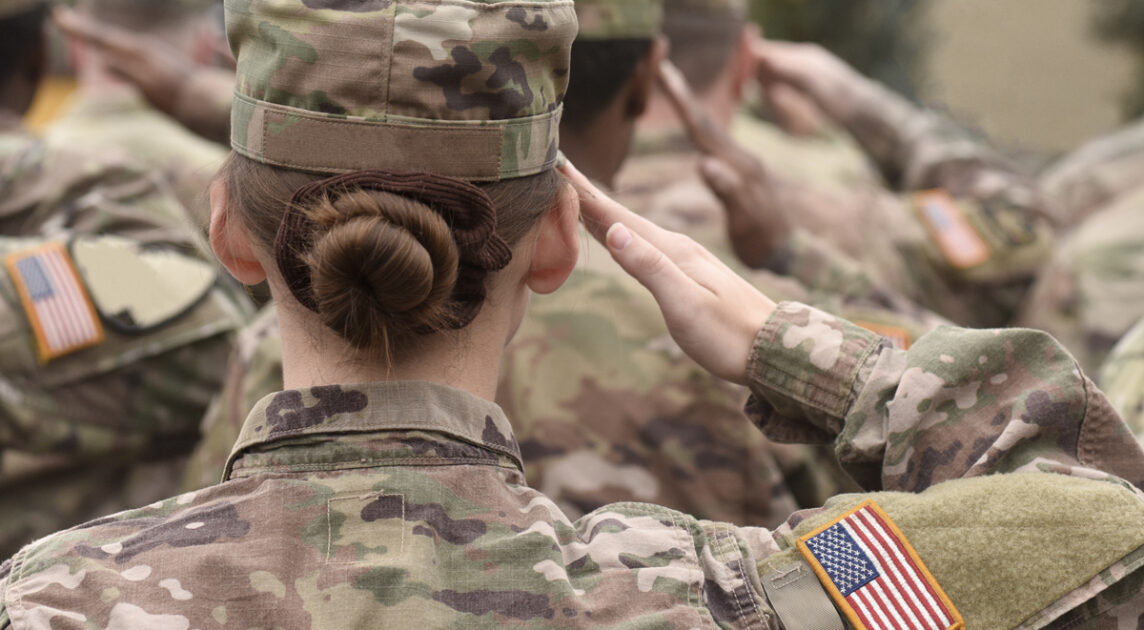 The U.S. Army released a new woke recruitment video to appeal to lesbians, yet the Pentagon has admitted that female soldiers still can’t pass the fitness test, even after they were downgraded.

The advertisement, titled Emma: The Calling, showed a girl’s childhood before she joined the Army as a Patriot Missile operator. The two-minute video followed Emma while she watched her two mothers get married, joined a sorority at the University of California-Davis, and fought for “freedom” at a young age by participating in a gay rights parade.

“It begins in California with a little girl raised by two moms. Although I had a fairly typical childhood, took ballet, played violin, I also marched for equality. I like to think I’ve been defending freedom from an early age,” she said in the advertisement, which was posted to YouTube on May 4.

“When I was 6 years old, one of my moms had an accident that left her paralyzed,” she continued. “Doctors said she might never walk again, but she tapped into my family’s pride to get back on her feet, eventually standing at the altar to marry my other mom.”

Meanwhile, the Pentagon has had to admit that nearly half of the female soldiers have failed the already weakened Army Combat fitness Test during the first half of 2020.

44% of female soldiers are failing compares to 7% of males. But the plank appears to be a big help for women.

The ACFT consists of six different events, and the test has been changed since last year. Women are now allowed to skip the leg tucks, which had a 41 percent fail rate. Even though the test has been weakened, 44 percent of women still failed the test in the first half of the year.

The Army had already weakened these tests because an even higher number of female soldiers could not pass it. The weakening, though, still did not fix the failure problem.

The fact that women fail when the standards have been lowered is shameful. It’s time to raise the fitness standards. The military is Not about equality. It’s not about being fair. It’s about being prepared physically, psychologically etc and b able to get the job done. You either qualify or you don’t.