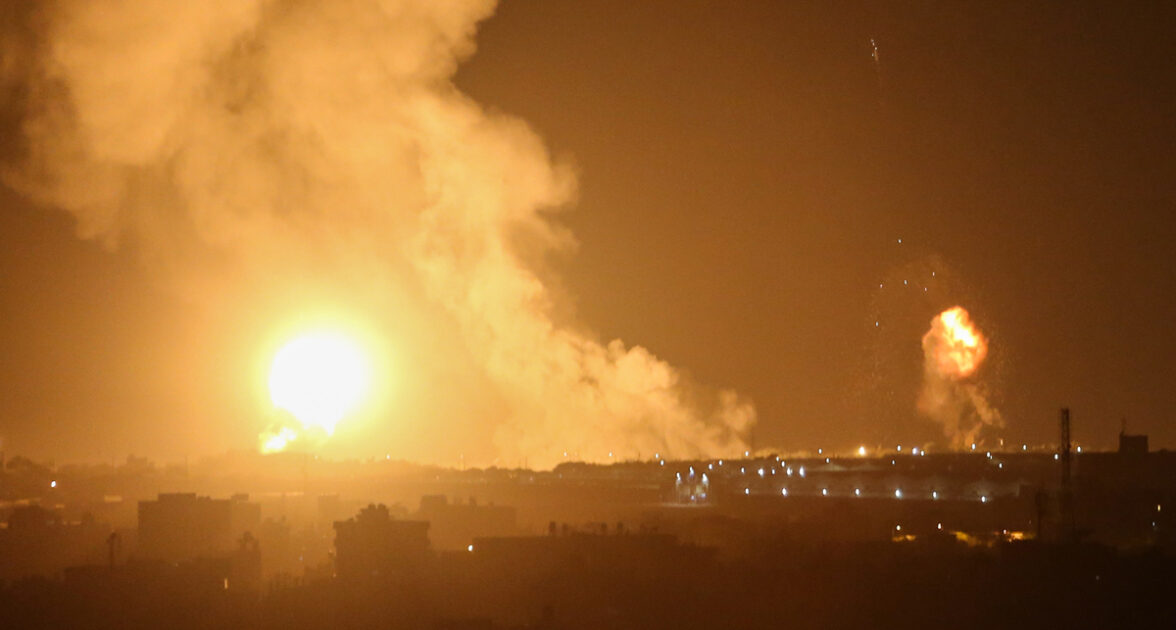 The following article, Biden Gives $235 Million to the ‘Palestinians’ Just Before They Launched War on Israel, was first published on Flag And Cross.

Only about a month before the so-called “Palestinians” launched their latest war against Israel, Joe Biden announced he was helping to fund them with $235 million of our tax dollars.

“The United States is pleased to announce that, working with Congress, we plan to restart US economic, development, and humanitarian assistance for the Palestinian people,” Secretary of State Antony Blinken said last month in a statement.

The new funding is a direct reversal of Trump’s Mid East policy. In 2018, President Trump withdrew US funding for the purported Palestinians and began a successful peace process that focused on normalizing relations between Arab states and Israel.

On Tuesday, as the violence rose, Blinken claimed that the administration is interested in a two-state solution, saying, “Israelis and Palestinians need to be able to live in safety and security, as well as enjoy equal measures of freedom, security, prosperity, and democracy.”

Spoke with @Gabi_Ashkenazi today about the ongoing situation in Israel including rocket fire emanating from the Gaza Strip. Israelis and Palestinians need to be able to live in safety and security, as well as enjoy equal measures of freedom, security, prosperity, and democracy.

Biden is being slammed for his timid response to the outrageous attacks by the terrorist “Palestinians.”

President Biden is facing criticism from both Republicans and Democrats over the escalating violence between Israel and the Palestinians in the region that saw a Hamas rocket attack take aim at Jerusalem.

The Biden Administration threw money with no strings attached at the Palestinian Authority. End Result? No accountability on Hamas and their terrorism they're inflicting on Israel. pic.twitter.com/O6ZvXjUpAw

Continue reading: Biden Gives $235 Million to the ‘Palestinians’ Just Before They Launched War on Israel ...

Those muslims were able to buy a lot of rockets with those millions. Wonder if they were marked with USA emblems?

The rockets are marked, “With love, from Obama and his Bidet, only to be used on Israel”. Being a total muslim-lover (perhaps literally?), Obama and his meat=puppet Bidet both hate Israel.

Post Holocaust, no money should be given to any country that does support the right of the Jewish people to live in peace in their ancestral homeland. But it is important to be accurate. The current attack on Israel is coming from Hamas- controlled Gaza. Did any of the money Biden wasted on the undeserving so-called Palestinians go to Hamas?

Terry, I’m sure you meant “that _doesn’t_ support the right of the Jewish people to live in peace in their ancestral homeland.” I would have to bet that most – if not all – members of Hamas are so-called “palestinians”, with maybe a few Iranians included to pick up the rifles and RPGs Hamas drops as they run away when they hear that Israelis are coming to get them. “Hamas | häˈmäs | a Palestinian Islamic movement founded in 1987 with the aim of establishing a Palestinian state incorporating present-day Israel and the West Bank. In 2006 Hamas defeated the… Read more »