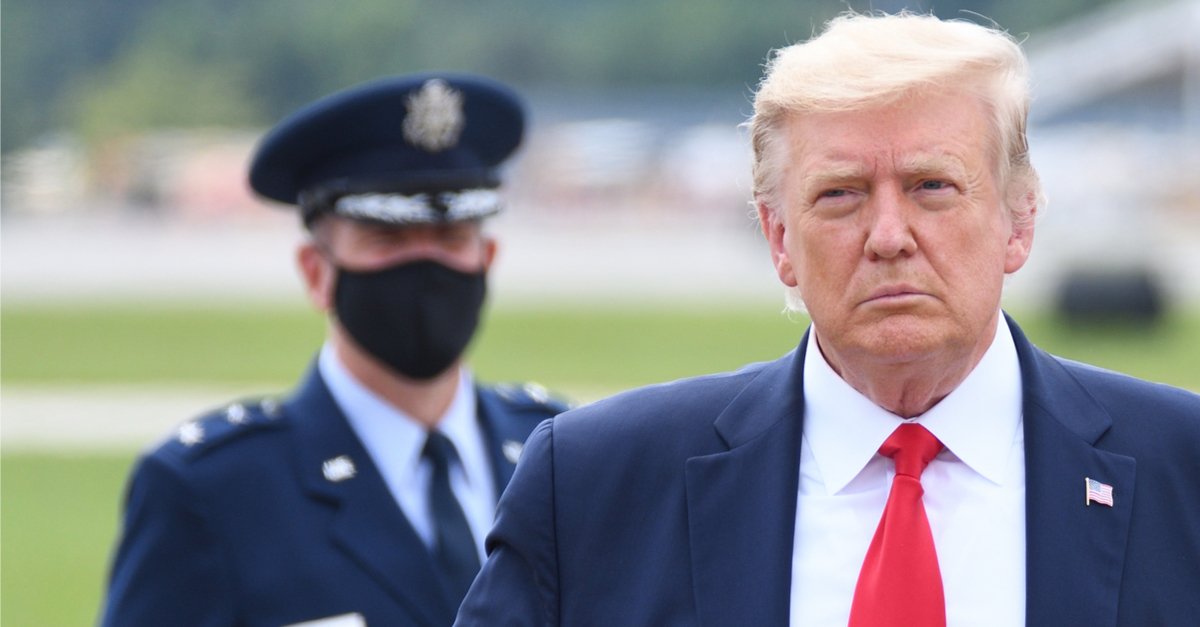 The following article, Trump Obliterates Liz Cheney After She’s Ousted from Leadership Role, was first published on Flag And Cross.

The growing rift within the Republican Party was on full display this week, as we began to find ourselves certain that Liz Cheney was about to get the boot.

Cheney, who has not been shy with her criticisms of former President Donald Trump, was excused from her leadership roles within the GOP on account of this ideological difference in regard to the future of the party.  In a fiery speech at the Capitol on Tuesday, Cheney would even go so far as to suggest that Trump and his followers were a threat to democracy itself.

As the formality of Cheney’s ouster came into focus, Trump took a bit of a victory lap.

“Liz Cheney is a bitter, horrible human being,” Trump wrote in a statement issued after Cheney was voted out. “I watched her yesterday and realized how bad she is for the Republican Party. She has no personality or anything good having to do with politics or our Country.”

And there was much, much more…

“She is a talking point for Democrats, whether that means the Border, the gas lines, inflation, or destroying our economy,” he said.

“She is a warmonger whose family stupidly pushed us into the never-ending Middle East Disaster, draining our wealth and depleting our Great Military, the worst decision in our Country’s history,” he said.

Trump also predicted that Cheney would be recruited by the media to attack Republicans.

“I look forward to soon watching her as a Paid Contributor on CNN or MSDNC!” he wrote.

Trump’s comments come on the heels of a major threat by the number of prominent Republicans to form a third party, expressly for the purpose of distancing themselves from the MAGA Movement.