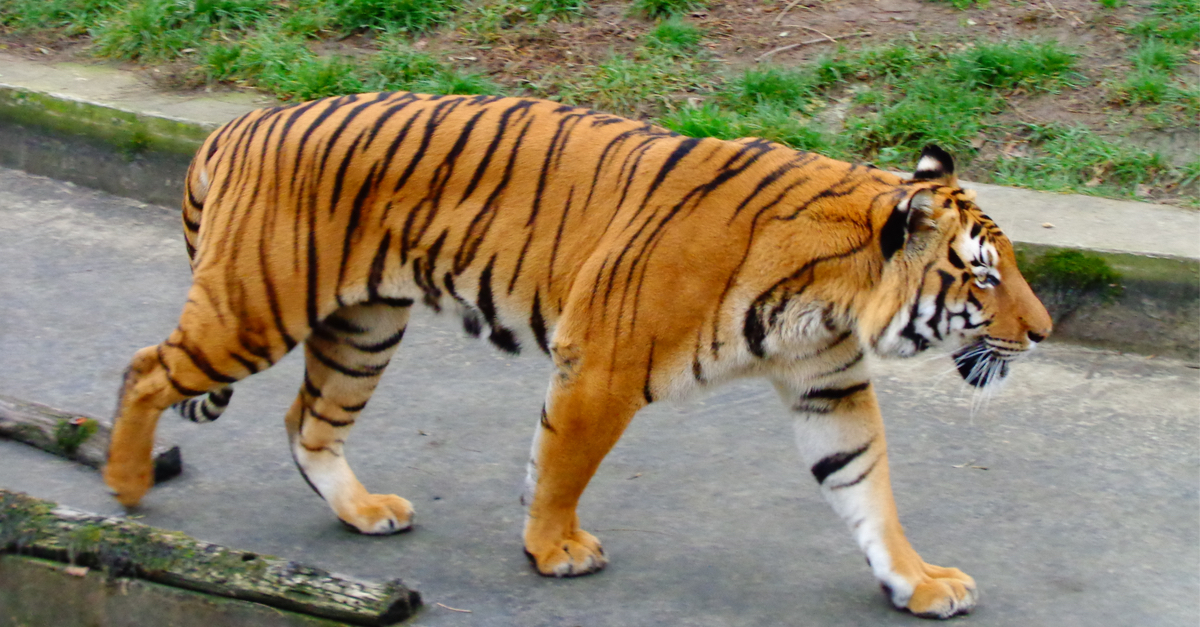 The following article, VIDEO: Deputy Confronts Tiger and Murder Suspect in Houston Subdivision, was first published on Flag And Cross.

A suburban Texas neighborhood was rattled this week after video of a bizarre confrontation began making the rounds online.

In the video, a large tiger can be seen lurking across the well-manicured sod of a Houston, Texas subdivision, slowly padding its way toward a man carrying a firearm, trained nervously on the big cat.

While this is certainly terrifying enough, there is an unbelievable twist to the tale as well.

A man charged with murder who was the reported caretaker of a tiger that terrified a Houston residential neighborhood was arrested Monday — but the tiger remains unfound, police said.

Victor Hugo Cuevas, 26, was charged with evading arrest for fleeing police officers who had arrived at the scene following frightened calls from residents. The man was eventually taken into custody at his parents’ home in the suburb of Richmond, KPRC-TV reported.

The large cat began roaming the streets and scared residents after it apparently got loose from the home it was being kept as a pet. At one point the tiger came within a few feet of a nearby homeowner.

“My main concern right now is focusing on finding him and finding the tiger because what I don’t want him to do is harm that tiger. We have plenty of places we can take that tiger and keep it safe and give it a home for the rest of its life,” Houston police Cmdr. Ron Borza said during a news conference.

Boris was also concerned that the tiger may have been shot by neighbors, unnecessarily killing an animal whose life was already stunted by unethical breeding practices.