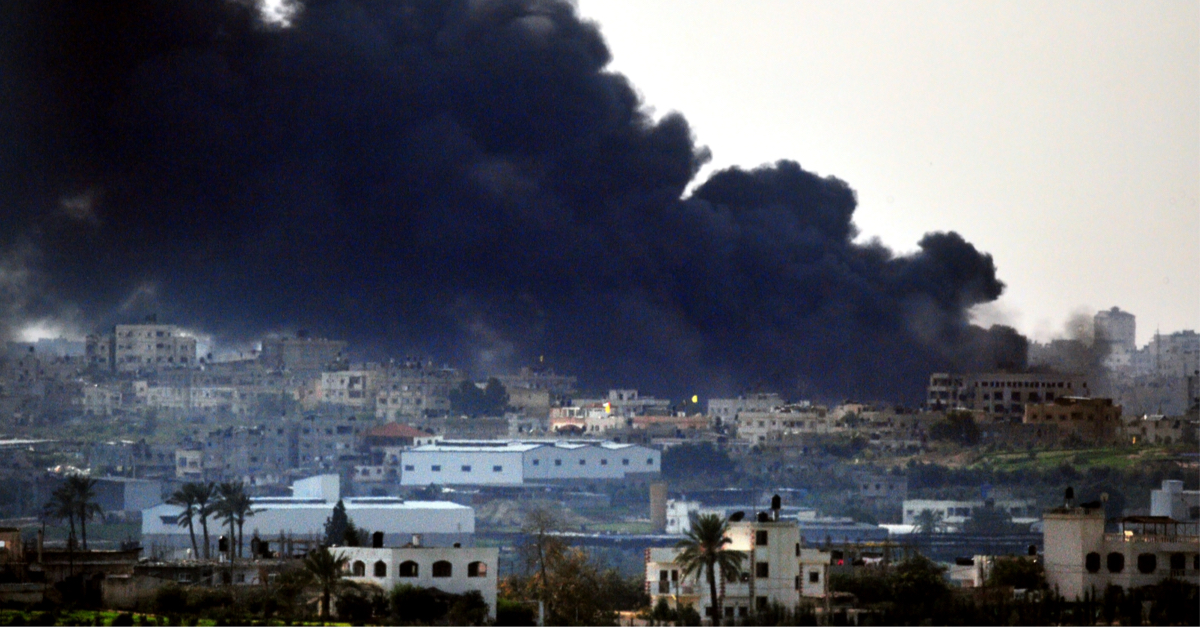 The following article, Palestine Launches Hundreds of Rockets into Israel, was first published on Flag And Cross.

As a great many nations around the world were finding themselves rife with optimism, watching the tail-end of the coronavirus pandemic fizzle out into something resembling normalcy, the powder-keg to end all powder-kegs looks ready to blow.

In the Middle East, where peace is supremely necessary but tenuously balanced, Palestine and Israel are engaged in some of the most heated military exchanges of the last several decades.

Tensions between Israelis and Palestinians escalated further on Tuesday as Palestinian militants in Gaza fired hundreds of rockets into Israel, which in turn ramped up airstrikes on the coastal enclave, as unrest spread to cities and towns beyond Jerusalem.

Israeli bombing raids across Gaza have killed at least 28 people, including 10 children, and injured at least 152 more, according to Palestinian health officials. The Israeli military said it had killed more than 15 militants.

The carnage was widespread.

Meanwhile in Israel, sirens wailed non-stop on Tuesday in the town of Ashkelon, where two people were killed by rocket fire, according to an Israeli military spokesman. A CNN team heard at least 50 explosions in the coastal town near Gaza, and rocket fire was also reported in the city of Ashdod. At least 17 Israeli civilians have been treated for injuries from rocket attacks, the military said.

And for those hoping that this is just a simple flare up with a rapidly-approaching expiration date:

Hamas issued a statement saying “as long as the Israeli occupation continues to perpetrate crimes and violations against the Palestinian people, the Palestinian resistance groups, including Hamas, will respond and defend Jerusalem, Al-Aqsa Mosque, and the Gaza Strip.” The statement goes on to say, “we have the right to respond to the Israeli offensive and protect the interests of our people as long as the Israeli occupation continues the escalation.”

There were no signs of de-escalation over Gaza on Tuesday. Israel called up 5,000 reserve troops to active duty, and an Israeli military spokesman said it would “enhance” its operation in Gaza after militants in Gaza extended the range of their rocket fire. The Israeli military had conducted more than 150 strikes in Gaza as of Tuesday afternoon, the spokesman said.

A full on military conflict between these two nations has the potential to develop into something far more wide-ranging and worrisome, of course, and so the eyes of the world will grow weary over the next few hours and days.