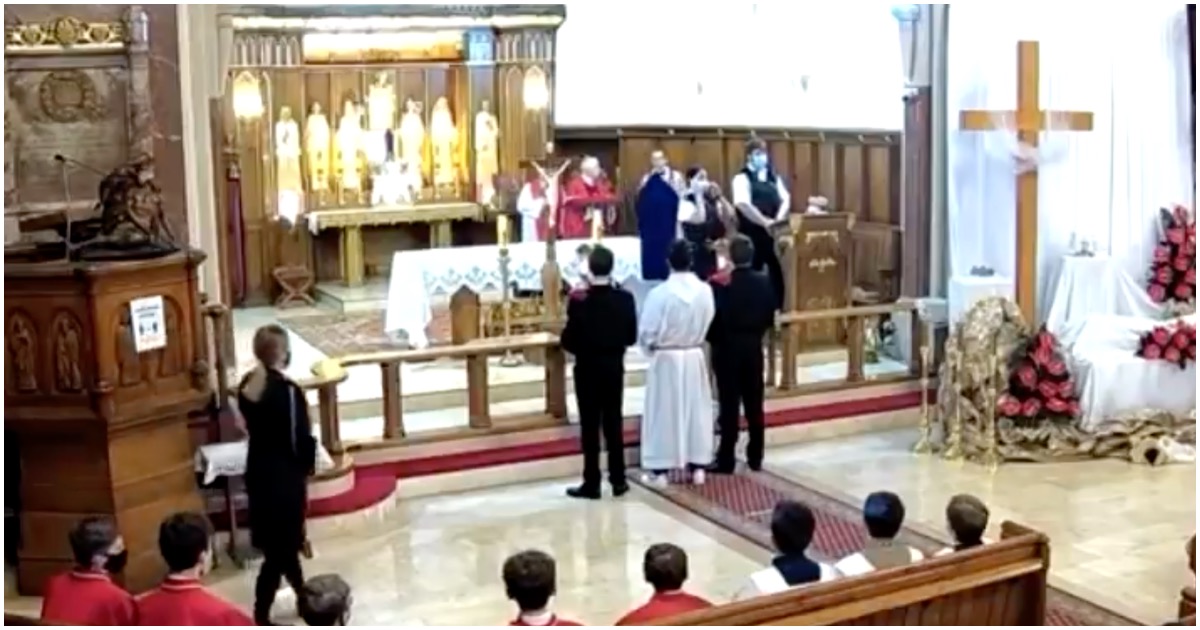 Church attendance in America has fallen below 50% for the first time ever. That is directly due to liberal policies and far-left entertainers who believe they are their own Gods.

The fact that this particular event took place across the pond should mean little.

It is a problem, regardless.

This week, British police shut down a Good Friday service at a Roman Catholic church in south London, describing the “gathering” as “unlawful.”

Interrupting a Liturgy of the Lord’s Passion service at Christ the King Polish church in Balham, a police officer was asked to explain the situation to the congregation.

“Ladies and gentleman,” the officer began. “This gathering is unfortunately law — unlawful under the Coronavirus regulations we have currently.”

Police broke up a Good Friday service in the United Kingdom.

If you ever needed an example of why the First Amendment is important… pic.twitter.com/37IEvQJsTj