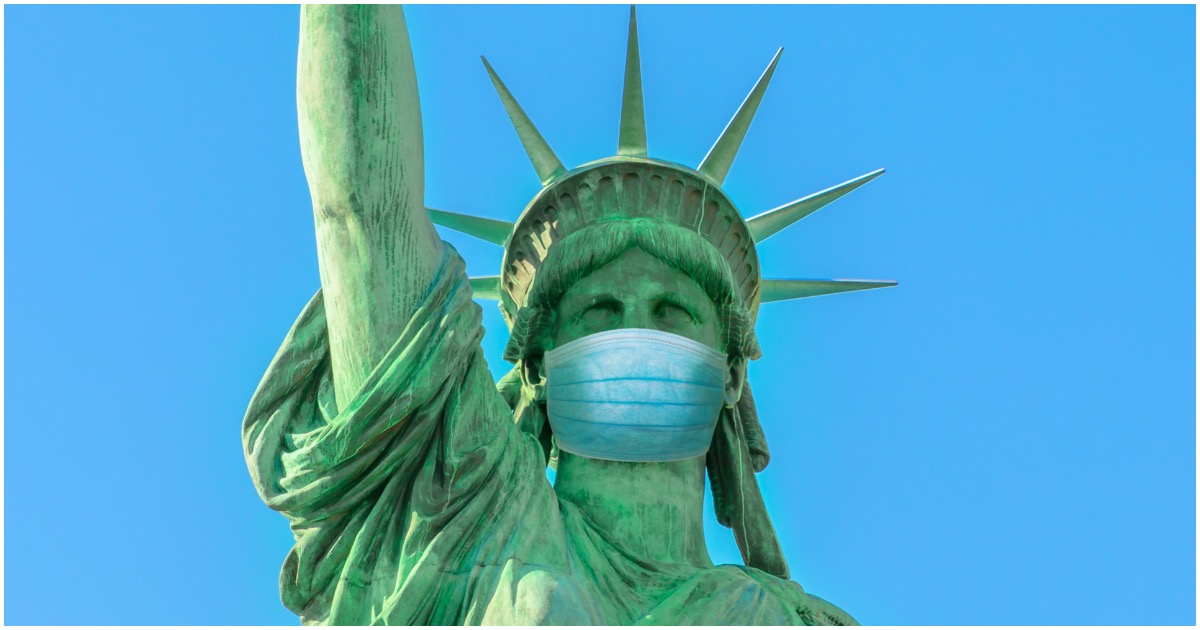 The following article, Report: COVID-19 Is On the Rise Once Again, was first published on Flag And Cross.

The general sentiment in America today is that coronavirus, and the pandemic that it ushered into being, are on the way out. The feeling is that we are about to be bathed in the light that’s been shining at the end of the tunnel, and “normalcy” may even return by the time we’re all firing up the grill for the Fourth of July.

But, then comes news of a major case surge, threatening to wreck it all.

America may be at the beginning of a fourth wave in the pandemic. It will almost certainly be far less deadly than the previous three, but this persistent failure to contain the virus has real consequences, and will only make it harder to put COVID-19 behind us.

By the numbers: On average, roughly 63,000 Americans per day were diagnosed with coronavirus infections over the past week. That’s a 17% increase from the week before, and echoes the rising caseloads of the pandemic’s second wave last summer.

Average daily caseloads increased over the past week in 25 states. The biggest spikes were in Michigan and New York.

Even as vaccinations continue to climb, new cases only declined in five states, mainly in the Southeast.

Vaccination rates are soaring, however, with the Biden administration having surpassed their goal of 100 million vaccinations in 100 days in nearly half the time.

This could help to stave off the fourth wave, but experts suggest that we shouldn’t rely on the jab alone during these final throes of the pandemic.

Continue reading: Report: COVID-19 Is On the Rise Once Again ...

But the hundreds of thousands of likely infected illegals streaming across the border and being allowed to ‘come on in’ doesn’t have anything to do with this, right. And then also to be considered is the many other infectious diseases likely being brought in…..