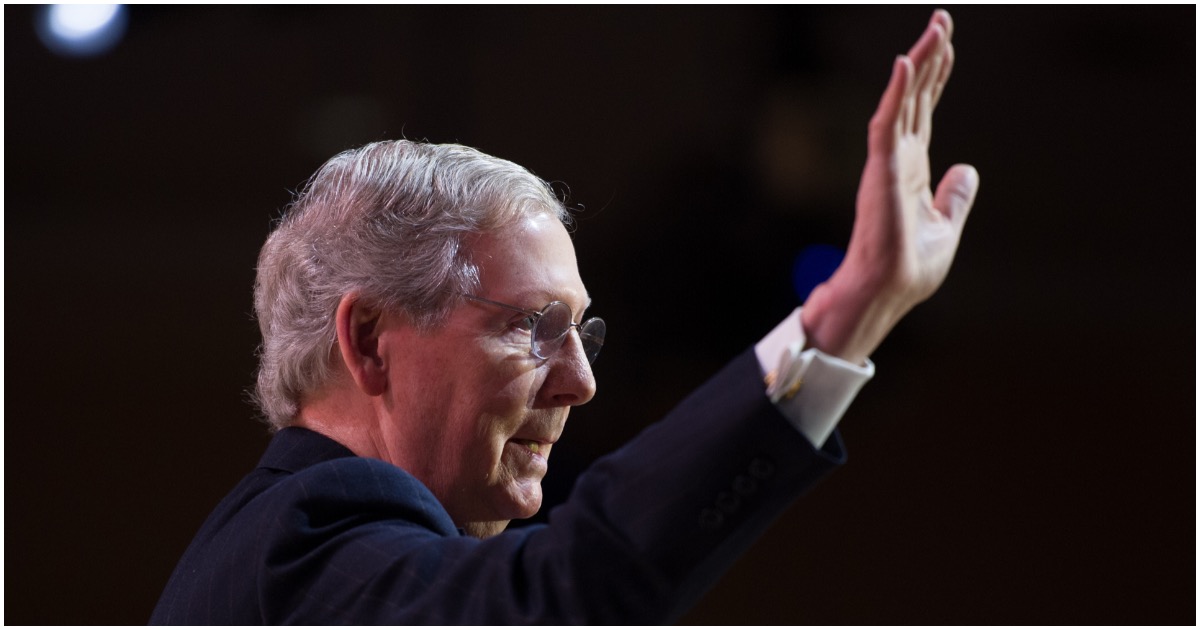 One of the selling points of nominating Joe Biden in 2020, at least according to some of the older Democrats who are getting less and less useful to the Squad by the day, was that the former Vice President had maintained a working relationship with Mitch McConnell. This, they believed, would allow there to be some compromise in Congress, and return to the United States to a fairly well-functioning governmental body.

Well, no. That didn’t happen. Our elected officials are still going at one another like cats and dogs, and it’s driving much of America crazy.

Mitch McConnell on Thursday ruled out support from his Republicans for President Joe Biden’s new infrastructure plan, all but ensuring that the proposal will have to pass with lockstep Democratic unity in the Senate.

At an event in Kentucky, the Senate Republican leader pilloried the $2.5 trillion infrastructure proposal as exacerbating the debt and raising taxes. McConnell said the bill would not get a single Senate GOP vote, despite the White House’s bipartisan outreach.

“That package that they’re putting together now, as much as we would like to address infrastructure, is not going to get support from our side. Because I think the last thing the economy needs right now is a big, whopping tax increase,” McConnell told reporters.

Of course, Biden could force the plan through Congress, so long as he has every single Democrats’ vote plus the tie-breaking vote of VP Kamala Harris as well.

Given the way things have gone in the past several years, there is a feeling that this is just the beginning of this fight.

Hussein Obama is really the one “Running” this country! In other words, it’s His Third Term!