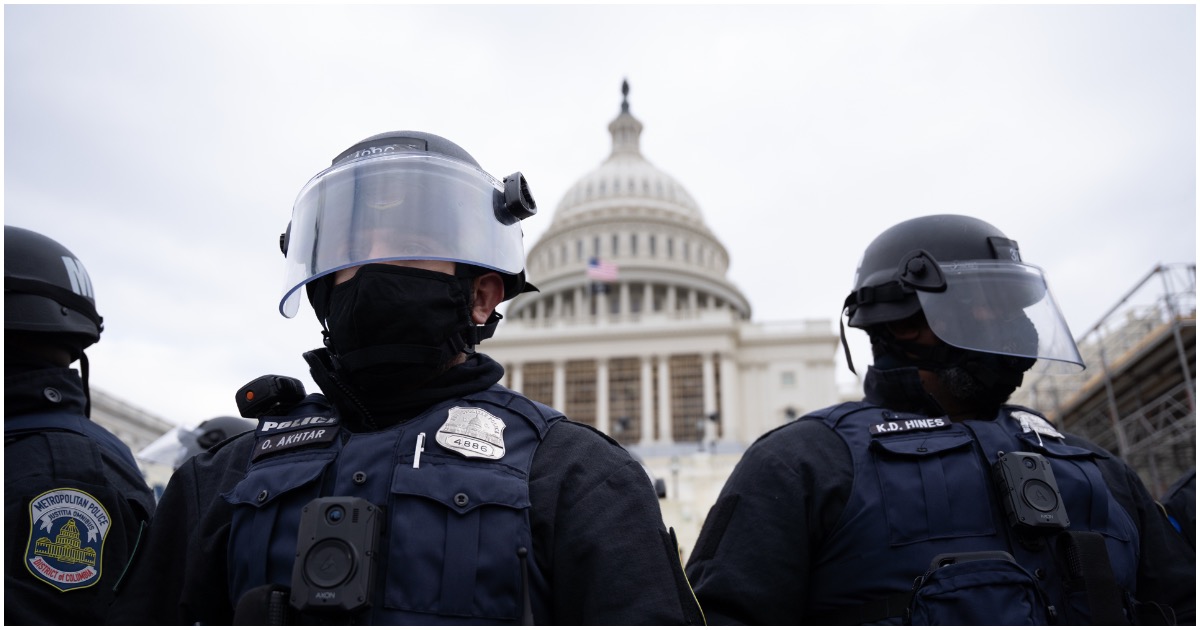 The following article, Capitol Building Killer Is Nation of Islam Follower, But Asian Doctor Says It Is Trump’s Fault, was first published on Flag And Cross.

His name was Noah Green. He was a black man. He was a follower of the Nation of Islam. But because he, alone, attacked the US Capitol Building on Friday afternoon, President Trump is at fault.

The driver who killed a US Capitol cop before he was gunned down by police is a Nation of Islam devotee from Indiana, according to reports and his social media.

Noah Green, 25, who may have been living in Virginia, described himself as a “Follower of Farrakhan” on his Facebook page, in reference to Nation of Islam leader Louis Farrakhan.

“I was on the right track and everything I had planned was coming into existence. It required long hours, lots of studying, and exercise to keep me balanced while experiencing an array of concerning symptoms along the path (I believe to be side effects of drugs I was intaking unknowingly),” he wrote on March 17, signing the message Brother Noah X.

I suspect this won't be in the news for long, but at some point we need to have a conversation about the problem with the mainstreaming of Farrakhan and his bigotry. https://t.co/vq0yuYyjqg

Here are the tweets from the Asian doctor… 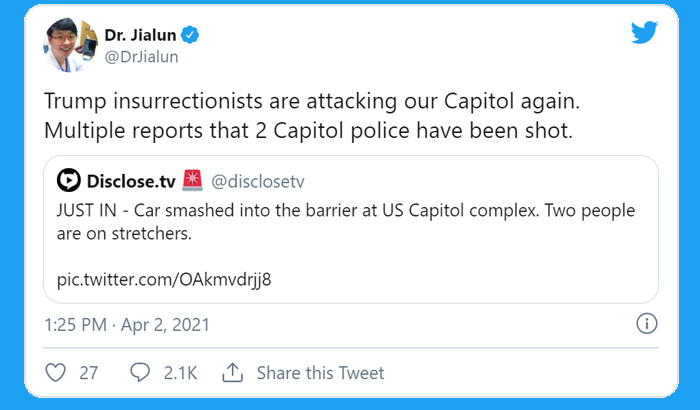 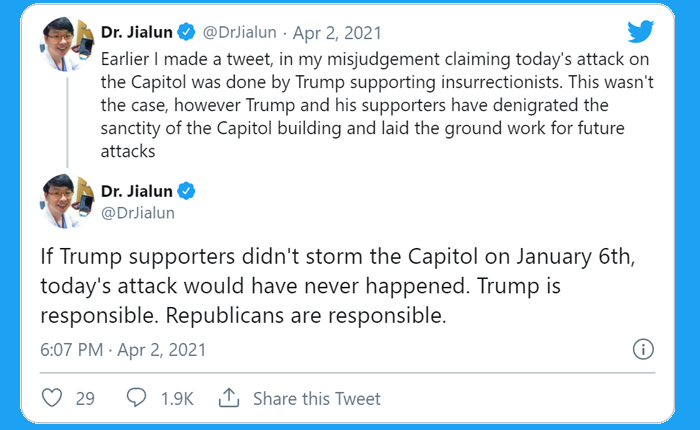 Aren’t doctors supposed to be smart?

Why was he trying to get in? Give drooling Joe a blow job?