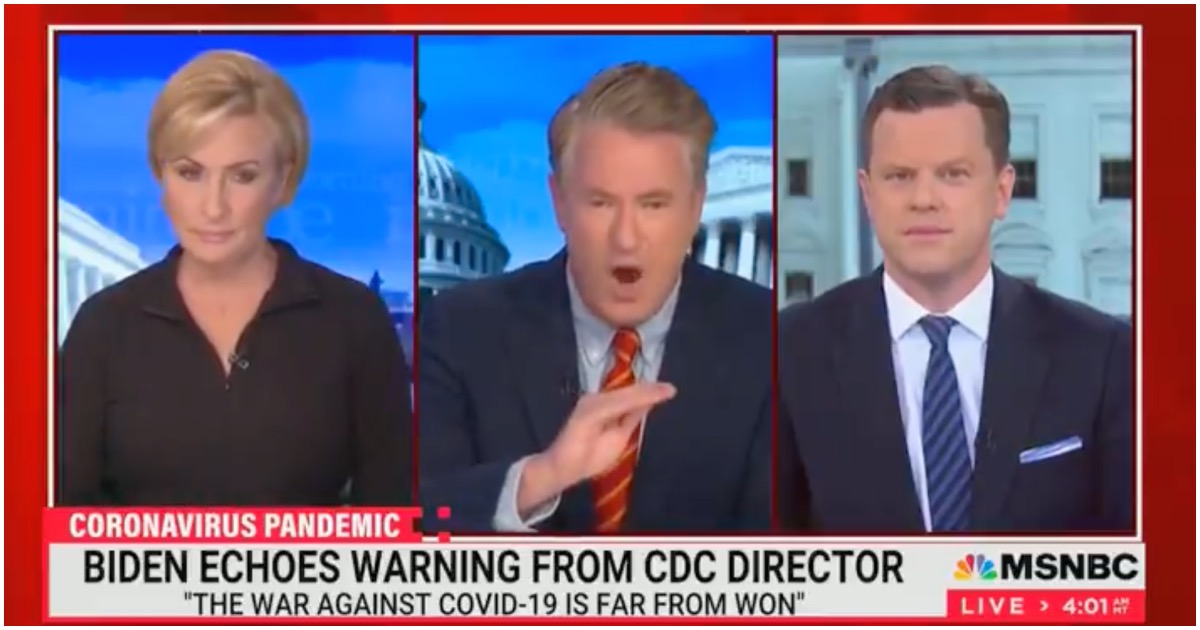 The following article, MSNBC’s Scarborough: Americans Who Oppose Vaccine Passport Are ‘Idiots’ & ‘Morons’, was first published on Flag And Cross.

On one hand, it must be incredibly simple to be a liberal because the mainstream media will always be on your side – no matter the situation, no matter the logic. On the other hand, you pretty much have to sell your soul to the devil by voting for a Democrat, while also being committed to lying on an hourly basis.

He is a nasty, nasty woman.

.@JoeNBC freaks out on “moron,” “idiot,” “lunatic" Americans who oppose vaccine passports: “Our government, our sports teams, our concert promoters damned well better put together something where you can show your vaccine receipt." pic.twitter.com/QA6Ue5XJVm

10:3. Even as fools walk the road, they lack sense and show everyone how stupid they are.

The opinions of these fools mean nothing.

We have met the “idiots & fools” and they are you scarboro, and the others morons with you in the fake news agencies.