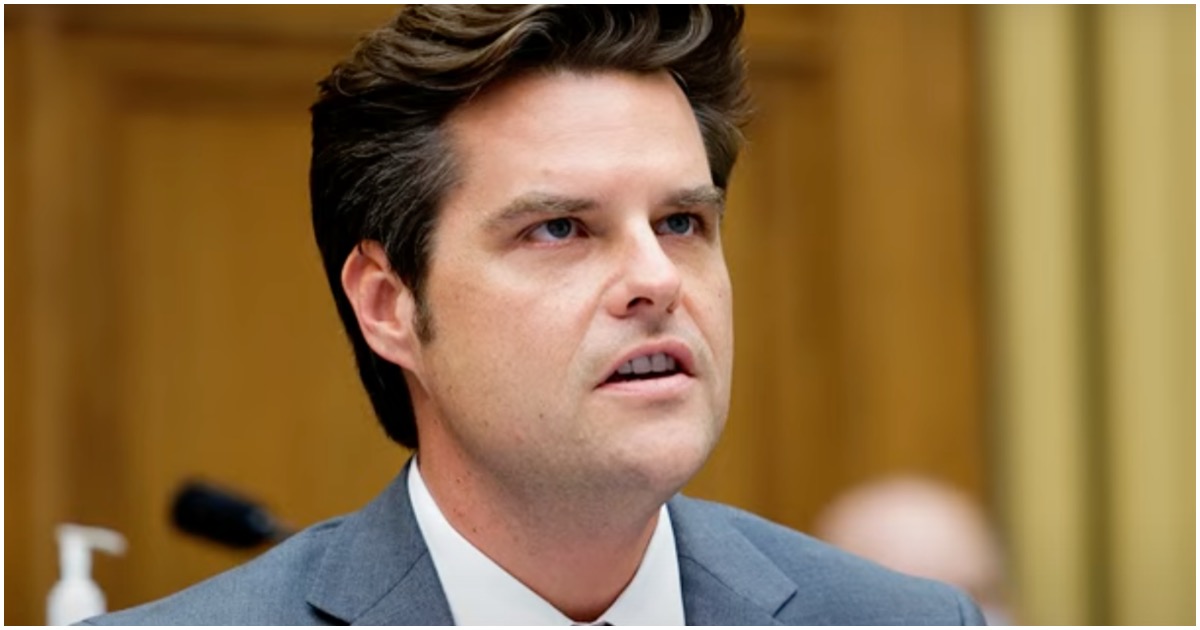 The following article, Allegations Against Gaetz Could Be Him Distracting From An Imminent Indictment (Report), was first published on Flag And Cross.

What in the world is going on with Florida Rep. Matt Gaetz? Have you heard about this? He’s a sex trafficker of underage girls? Hmmm.

Does that sound right to you?

The former DOJ official that Rep. Matt Gaetz (R-FL) accused on Tuesday night of allegedly trying to extort money from his family responded to Gaetz’s allegations by saying that Gaetz’s allegations were false and an apparent attempt to distract from upcoming legal issues.

David McGee, a former federal prosecutor, told The Daily Beast that Gaetz’s allegations were “completely, totally false,” and that they were “a blatant attempt to distract from the fact that Matt Gaetz is apparently about to be indicted for sex trafficking underage girls.”

Gaetz appeared on Tucker on Tuesday evening. Carlson described the interview as “weird.” Read about it at this link.

Tweets from Gaetz on Tuesday, defending himself…

Over the past several weeks my family and I have been victims of an organized criminal extortion involving a former DOJ official seeking $25 million while threatening to smear my name.

We have been cooperating with federal authorities in this matter…

…and my father has even been wearing a wire at the FBI’s direction to catch these criminals. The planted leak to the FBI tonight was intended to thwart that investigation.

No part of the allegations against me are true, and the people pushing these lies are targets…

…of the ongoing extortion investigation.

I demand the DOJ immediately release the tapes, made at their direction, which implicate their former colleague in crimes against me based on false allegations.

Continue reading: Allegations Against Gaetz Could Be Him Distracting From An Imminent Indictment (Report) ...

The left will stoop to anything.

Merely the democrats way of stopping the voices of a different opinion from the dem’s socialistic/communistic opinions & agenda. There actually being credible information to base their allegations is not important to them as they always have liberals in their back pocket that they can have come forth with their lies.