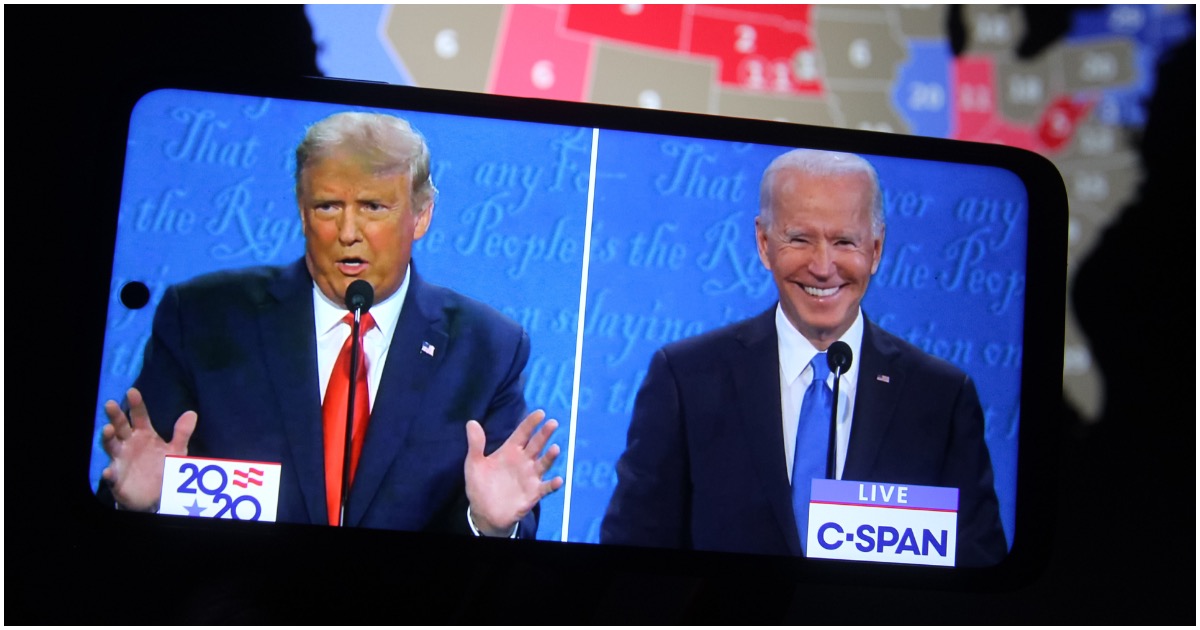 The following article, Flashback: Psychiatrist: ‘Hitler Improved Daily Life of Followers’ — Unlike Trump, was first published on Flag And Cross.

What is the left’s fascination with Adolf Hitler and comparing him to President Trump? Kind of telling in a way, isn’t it?

Lee, a psychiatrist at the Yale School of Medicine’s Law and Psychiatry Division, has previously diagnosed Trump with various psychological ailments from afar but outdid herself with a bizarre attempt at a history lesson in an effort to compare the incumbent Republican to the ruthless Nazi dictator. 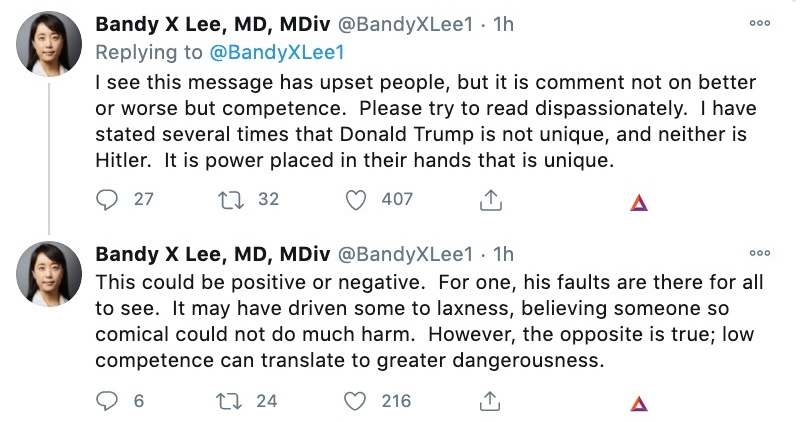 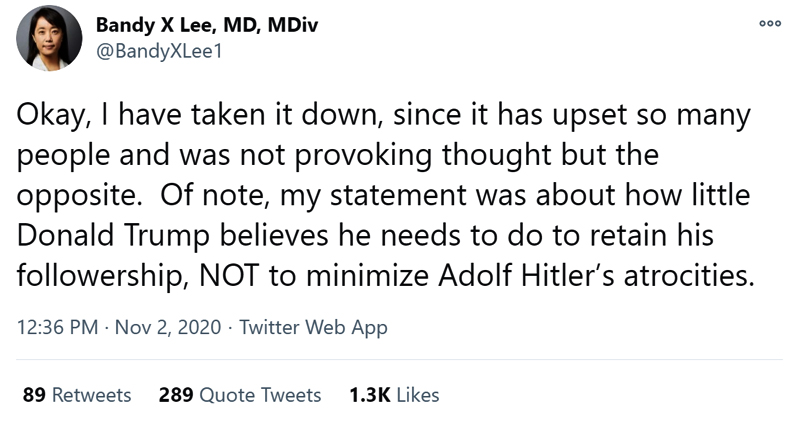 So, you have a high regard for Hitler. Thankfully, Trump is not like Hitler.