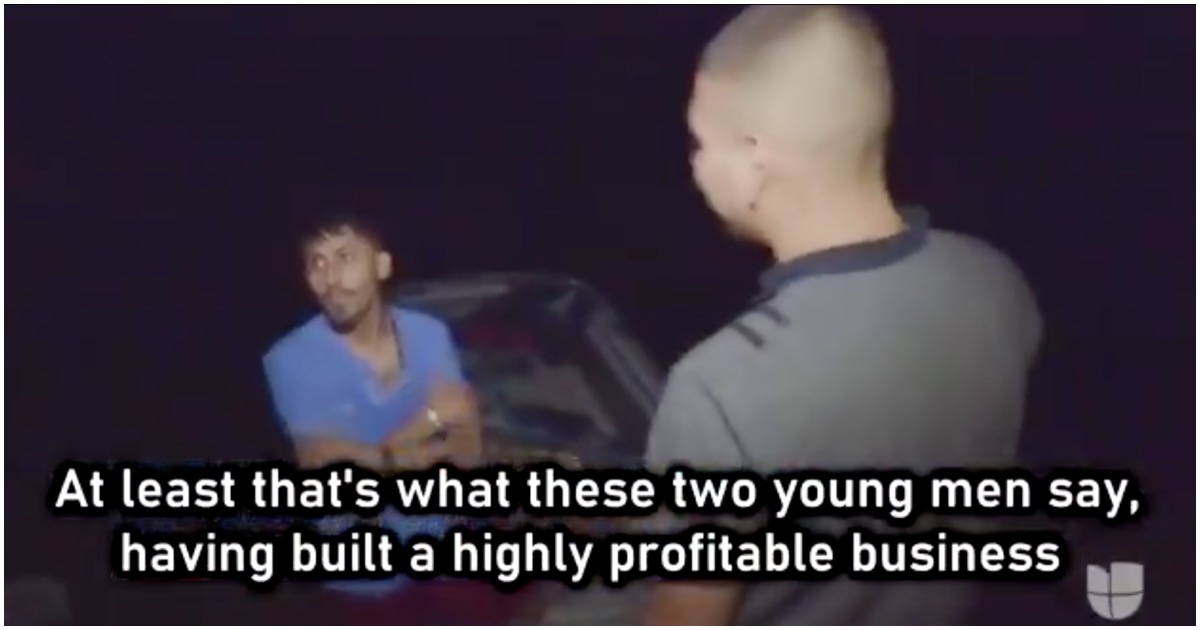 The following article, Coyote Tells Univision That Human Trafficking Is Thriving Thanks to Joe Biden’s Policies, was first published on Flag And Cross.

Joe Biden has been nothing but horrible for the nation since assuming office on January 20. There’s not reason President Trump should’ve only served one term, considering everything he accomplished.

But that’s a moot point now.

Because of Joe’s disastrous border policies, the southern border is in shambles. It’s getting worse by the day.

Coyote to Univision: Biden's "benefit" encouraged migrants to come to the U.S. pic.twitter.com/bVFqXgsiJQ

President Biden’s big announcement that Vice President Kamala Harris is in charge of the crisis at the US-Mexico border was apparently just some “confusion” — and she is merely tasked with addressing its “root causes,” White House press secretary Jen Psaki said Monday.

Psaki issued the stunning clarification less than a week after Biden told reporters that he was delegating one of the most pressing issues of his young presidency to the veep.

“The vice president of the United States will be helping lead that effort, specifically the root causes — not the border, there’s some confusion over that,” Psaki said during her daily press briefing.

Biden and Psaki have both pointed to violence, corruption, poverty and climate change as factors driving the tens of thousands of illegal migrants north from Central America, and argued that addressing those “root causes” will convince more would-be travelers to stay home.

We knew this was coming as soon as biden was allowed to claim being the ‘winner’, as he had ‘campaigned’ with his promise to open the border. Only question is if the ‘big guy is getting his 10%?