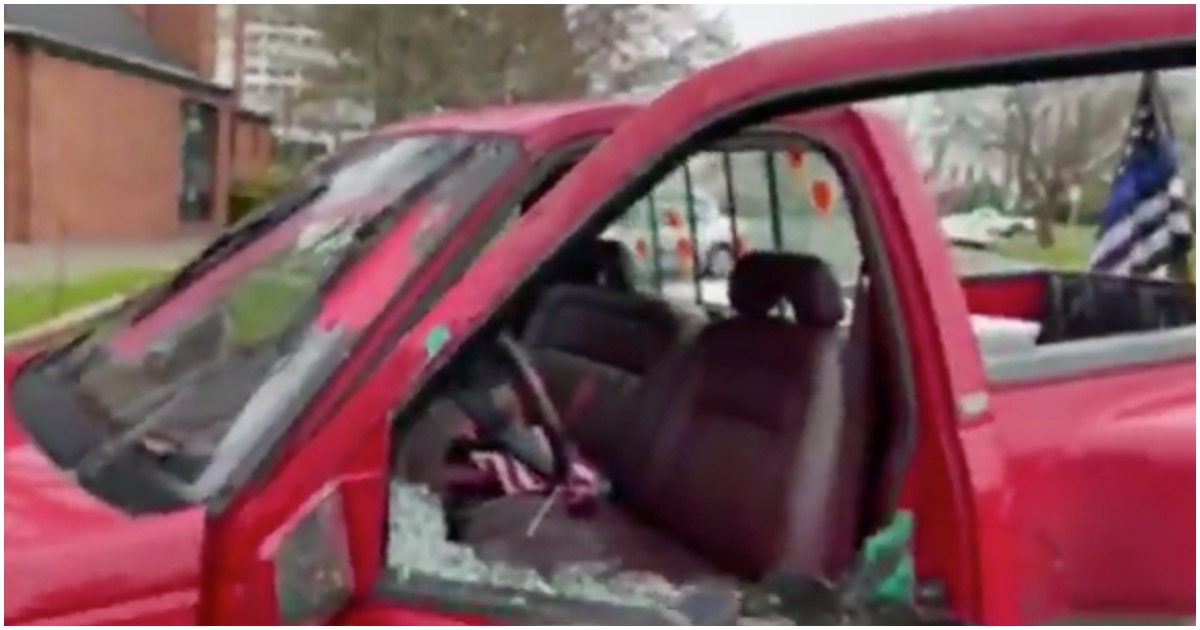 The following article, Cops Arrest Victims for Defending Themselves After Antifa Radicals Violently Attack [Watch], was first published on Flag And Cross.

How is it that some people still don’t see how great they have it in America? How can the goofs who comprise “Antifa” continue to attack their fellow citizens while fighting for a revolution?

The greatest nation in the world doesn’t need a revolution. It just needs imbeciles to stop being imbeciles.

Breaking: #Antifa smash up a man’s truck at the Oregon state Capitol in Salem. He pulls out a gun and is arrested by responding police. #AntifaRiots pic.twitter.com/H4LTseLllo

Another angle of the man who was arrested. #Antifa had vandalized his truck, surrounded him and pepper-sprayed him. #AntifaRiots pic.twitter.com/GTMjSmvSRT

How is this not attempted murder? pic.twitter.com/GiqyH7UGIi

Those ‘officers’ involved in arresting Americans for merely defending themselves and/or property from criminals should find another occupation. Take a sick day and use that day to look elsewhere. In my day police didn’t act that way, or if they did, they were soon not officers any longer.