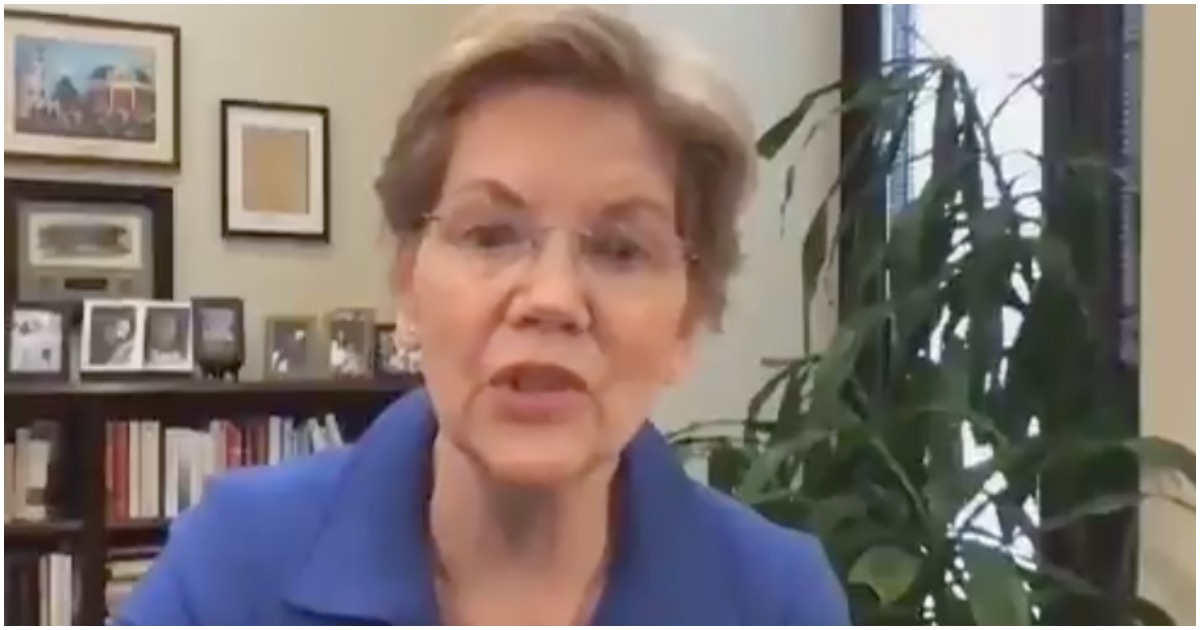 The following article, Warren Gets Blasted By Amazon, Now She Wants to Bring Them Down Because of ‘Snotty’ Tweet, was first published on Flag And Cross.

America hasn’t heard much from Elizabeth “Pocahontas” Warren since she dropped out of the 2020 presidential race. Obviously, that is great news for the nation.

Unfortunately, Warren made headlines again on Friday when she went after Amazon and falsely claimed the company pays close to nothing in taxes.

Amazon fired back at the Senator on Twitter. Warren then proceeded by saying she wants to dismantle Amazon.

Giant corporations like Amazon report huge profits to their shareholders – but they exploit loopholes and tax havens to pay close to nothing in taxes. That’s just not right – and it’s why I’ll be introducing a bill to make the most profitable companies pay a fair share. pic.twitter.com/vPrmGbjUKW

1/3 You make the tax laws @SenWarren; we just follow them. If you don’t like the laws you’ve created, by all means, change them. Here are the facts: Amazon has paid billions of dollars in corporate taxes over the past few years alone.

2/3 In 2020, we had another $1.7B in federal tax expense and that’s on top of the $18 billion we generated in sales taxes for states and localities in the U.S. Congress designed tax laws to encourage investment in the economy.

3/3 So what have we done about that? $350B in investments since 2010 & 400K new US jobs last year alone. And while you’re working on changing the tax code, can we please raise the federal minimum wage to $15?

That’s when Warren went nuclear, like a true radical leftist would…

I didn’t write the loopholes you exploit, @amazon – your armies of lawyers and lobbyists did. But you bet I’ll fight to make you pay your fair share. And fight your union-busting. And fight to break up Big Tech so you’re not powerful enough to heckle senators with snotty tweets. https://t.co/3vCAI93MST

Continue reading: Warren Gets Blasted By Amazon, Now She Wants to Bring Them Down Because of ‘Snotty’ Tweet ...