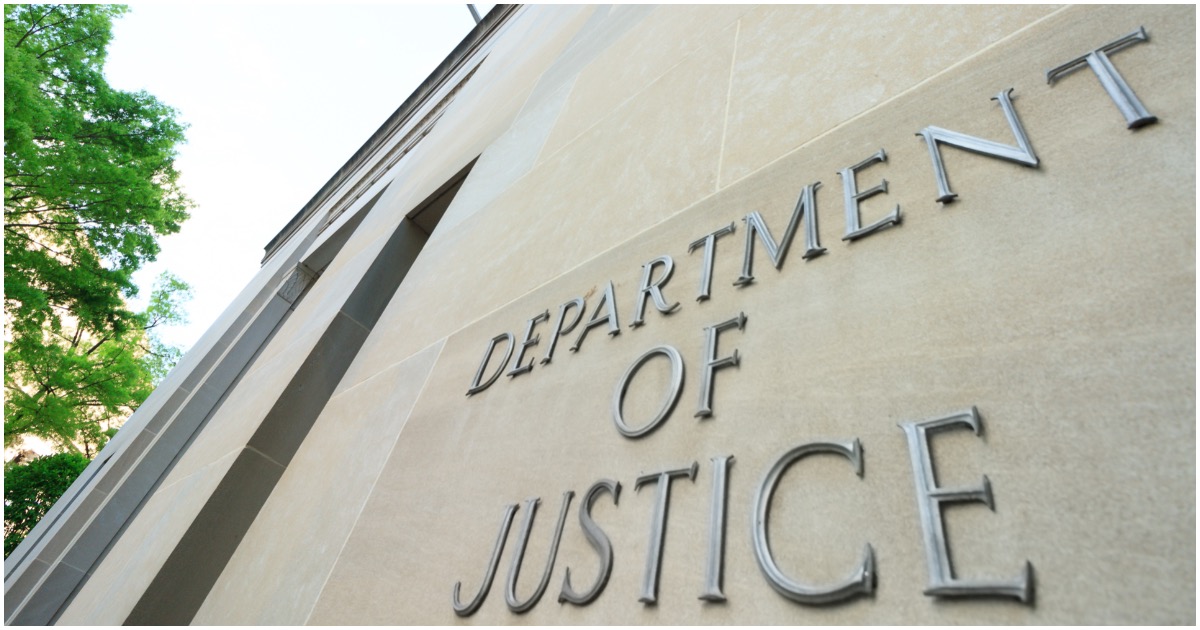 The following article, DAVIDSON: No Justice at the Department of Justice, was first published on Flag And Cross.

In November 2018, an investigation by the Senate Judiciary Committee showed that all of the allegations made against Brett Kavanaugh, including those by star witness Christine Blasey Ford lacked credibility and, in most cases, were demonstrably false. The Judiciary Committee offered the evidence in a 414-page report to Congress.

27 months later, nothing has yet happened to those who perjured themselves to Congress, on live television. The last Wednesday, Senator Chuck Grassley, the former Senate Judiciary Committee chairperson who presided over the Brett Kavanaugh confirmation hearings, sought to know why those individuals who had perjured themselves still have not been prosecuted.

We All Want To Know

In a tweet Grassley wrote (paraphrased), “More than two years ago we had some bogus allegations against now Justice Kavanaugh. We know people lied to Congress and that’s against the law, so I sent a criminal referral to DOJ for prosecution. I sent a letter to DOJ this week wanting to know why these people haven’t been prosecuted two years later.

Senator Grassley, many people would like to know! And we have other compelling concerns. The Russiagate criminals who won’t serve time in prison is disheartening. James Comey, who lied to Congress, probably will never see a day in jail. Nor will Andrew McCabe, who was dismissed for lack of candor and a bevy of other infractions. James Clapper will likely never spend a day in jail, although he lied to Congress, and then lied about his lie claiming that he was confused.

William Brennan, perhaps the greatest criminal director of the CIA, ever, might never spend any time in prison. He knowingly conspired with Barack Obama and Joe Biden in the White House, when he presented information showing that Hillary Clinton had purchased a phony dossier to employ to damage Donald Trump.

None of these people are likely to be indicted, while some belong in prison for life, for treason.

The granddaddy of American political criminals, Barack Obama, will likely never spend a day in prison, and is now enjoying his third term as president via his ability to whip around Joe Biden. Obama’s weaponization of federal agencies, his undermining of Trump before leaving the office, and his four years of serious treasonous activities to thwart the Trump Administration all will go on punished.

All of those people connected in the Obama Administration, including the Eric Holder, the first attorney general to be held in contempt of Congress and whose criminality in terms of allowing Black Panther intimidation in Philadelphia and a variety of other egregious acts, will never spend one minute behind bars.

Likewise, Lois Lerner, who quashed the Tea Party movement by unlawfully using the power of her office to harass, intimidate, and thwart Tea Party members, will never see a day in prison. Meanwhile, she’s been on the public dole for the last eight years, receiving a healthy pension and enjoying her retirement from ‘public service.’

Hillary Clinton will never spend a day in prison for the 33,000 subpoenaed emails that she deleted. Contrast this with rank and file service men and women who will spend 6 to 12 months in a federal penitentiary for deleting even one email.

All of Hillary Clinton’s corrupt staff will never see a day in jail. John Podesta, whose crimes are well-documented, belongs in a federal penitentiary. Huma Abedin, whose obfuscation and manipulations for Hillary Clinton deserve scrutiny, won’t spend a day behind bars.

All of the nefarious activities that went on to get Joe Biden ‘elected’ and nearly all of the criminals and treasonous individuals who participated in the fraud remain free and uncharged. Don’t even get me started on Hunter Biden and the Biden crime family. Hopefully, in the coming months, as 2020 election-related crimes are more fully exposed, the clamor from the Right will be loud and long. However, YEARS have passed with no results.

Will the puppet masters wait for Biden to die, use the 25th Amendment against him, or keep him on the string for as long as possible? It’s anyone’s guess. Meanwhile, they will do everything in their power to indict those on the Right for the slightest of offenses, including process crimes, while wholesale ignoring the treasonous activities of those on the Left.

We have a two-tiered justice system in this society, to our utter shame as a representative republic. Until justice is dispensed equally, regardless of party, the struggle before us remains abundantly clear.

Continue reading: DAVIDSON: No Justice at the Department of Justice ...

Apparently not a crime to do perjury within congress? Or is it only a crime when it is believed to be by a non-liberal?

Votes have consequences. This is one of them.